Ferrari have been unable to compete with Mercedes or Red Bull this season and last Sunday their drivers crashed into one another on the opening lap of the Styrian Grand Prix. 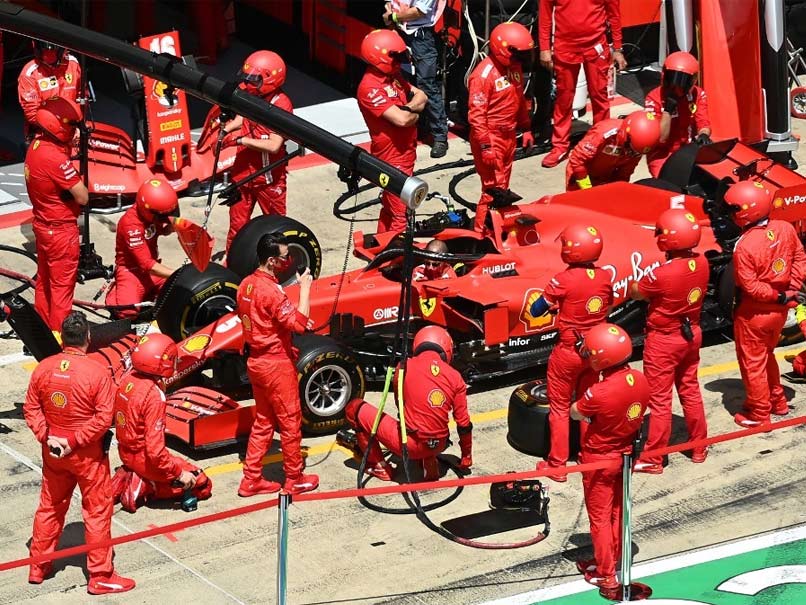 Ferrari were scrutinised by rivals suspicious about their engine performance last year.© AFP

Ferrari and their engine customer teams have all lost power and performance due to a regulation clampdown this year, the Italian team's principal Mattia Binotto said on Friday. Speaking at an official video news conference at this weekend's Hungarian Grand Prix, the under-pressure team chief said also that Ferrari were prepared to sign a new Concorde Agreement to clarify the future for Formula One.

The Concorde Agreement is the binding contract that involves all the teams and major stakeholders and sets out the sport's commercial and sporting landscape.

The sport's ruling body, the International Motoring Federation (FIA), and commercial owners Liberty Media hope to have the agreement signed by everyone involved by the end of this year.

Ferrari's key role in F1 - traditionally recognised in the Concorde Agreement - was put under the microscope last year when the team were scrutinised by rivals suspicious about their engine performance.

This led to claims and counter-claims resulting, after a series of official technical directives, in a controversial and secret pre-season (2020) settlement between Ferrari and the FIA, the details of which have not been made public.

Ferrari have been unable to compete with Mercedes or Red Bull this season and last Sunday their drivers crashed into one another on the opening lap of the Styrian Grand Prix.

"It's an ongoing process...  Since last year, a lot of TDs (technical directives) have been released, eventually clarifying some areas."

Binotto suggested that Ferrari was not the only team to have adapted to the revised rules and lose "some of the performance that we had".

He added: "I think there are still areas of the regulations that need to be clarified and, hopefully, that may be done in order that ... we all (have) the same understanding."

Binotto said Ferrari were "ready to sign" and "would like to sign, I think, even quite soon. I think that's important for the future and for clarity.

"At least, I think we can all know where we are. I think it is important also for the small teams --  because they are part of the entire package.

"Looking ahead with clarity is important. So some are ready to sign. I think we are happy because we know that F1 has understood the importance of the role of Ferrari in F1. That for us was key and so we are satisfied with that."

Rival teams have been more reluctant to agree to the package which includes changes in commercial rights income designed to level the playing field.

Racing Point team boss Otmar Szafnauer said: "A lot of work has gone into this and we are not far off having something that we can all sign, but there are still a few talking points."

Ferrari Formula 1
Get the latest updates on IND vs NZ 2021, check out the Schedule and Live Score . Like us on Facebook or follow us on Twitter for more sports updates. You can also download the NDTV Cricket app for Android or iOS.