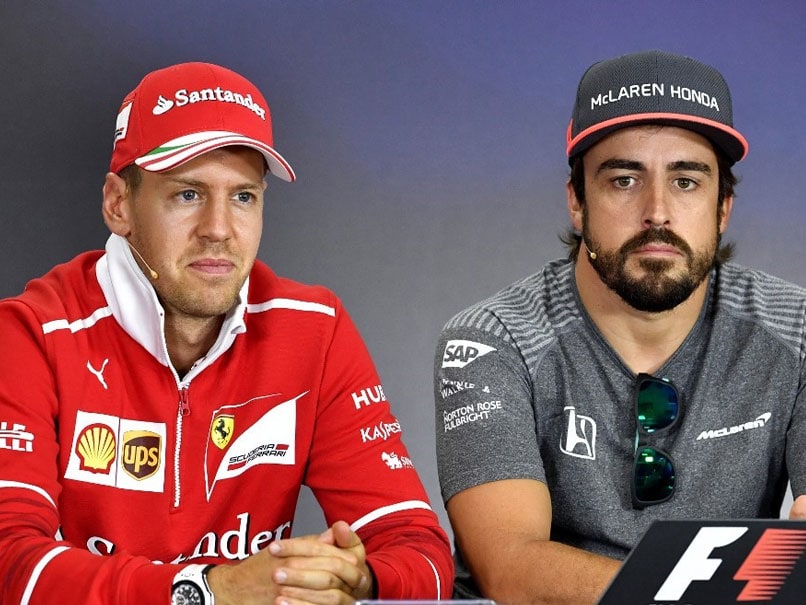 Renault signed Fernando Alonso rather than Sebastian Vettel to succeed McLaren-bound Daniel Ricciardo next year because his level of motivation was more convincing, Alain Prost said Saturday. The four-time world champion, who is an advisor to the French team, said Renault also considered signing Valtteri Bottas, currently with Mercedes, but preferred Alonso, who will be 40 next year, for the same reasons.

"It was a little less obvious for Sebastian, in the sense that his motivation was not very clear. It was also difficult for Valtteri in that he has the best car.

Both Vettel, who is leaving Ferrari at the end of this year, and Bottas, who won last weekend's season-opening Austrian Grand Prix for Mercedes, are currently under contract with top Formula One teams while Alonso has no ties.

Prost said he had talked to Alonso regarding concerns about his age and his motivation, notably in relation to widespread reports of his negative attitude during his final period with McLaren before he left in 2018.

"Yes, that is a subject that I raised with him," Prost told RMC Sport.

"Frankly, this is the risky side, but he talks about it openly.

"He says that he has changed a lot and that his sabbatical years have matured him. In a way, he knows that he has no right to disappoint on this level."

Prost also rejected suggestions that Renault had signed Alonso for marketing objectives, rather than his racing talent - which brought him two titles, in 2005 and 2006, when he was previously with the team.

Prost admitted money was a factor, but added: "Making a choice only for marketing would be a mistake, but all the manufacturers in F1 want to reduce costs.

"It is normal that there is a marketing aspect, but that is not the main reason."

Fernando Alonso Formula 1
Get the latest updates on India vs Australia and check out  Schedule, Results and Live Score. Like us on Facebook or follow us on Twitter for more sports updates. You can also download the NDTV Cricket app for Android or iOS.