Fernando Alonso left Formula One in 2018 after four fruitless years at McLaren and is due to make a third attempt to win the Indianapolis 500 with McLaren in August. 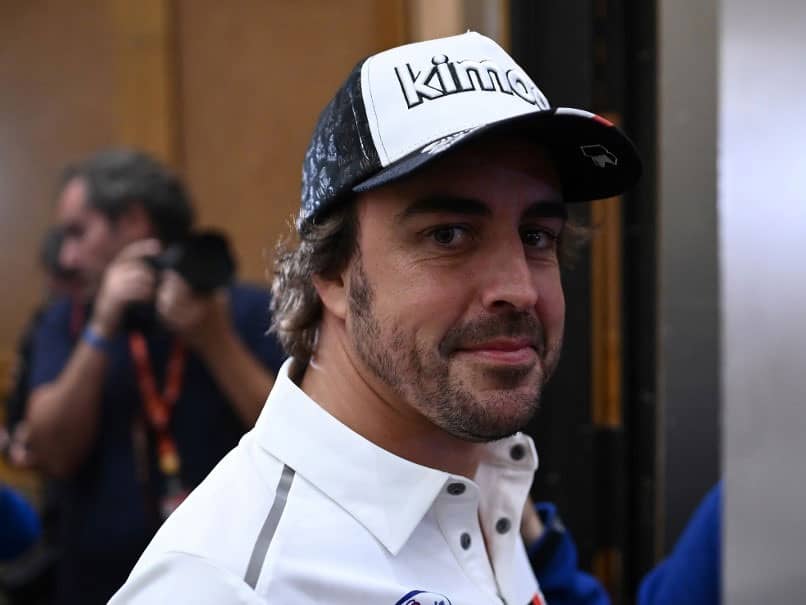 Fernando Alonso won his two world championship titles with Renault in 2005 and 2006.© AFP

Two-time world champion Fernando Alonso will return to Formula One with Renault for the 2021 season, the team announced on Wednesday. "Renault DP World F1 Team is pleased to confirm Fernando Alonso alongside Esteban Ocon in its driver line-up for the 2021 season," Renault said in a statement. Alonso, who has notched up 32 wins and 97 podiums in 314 Grand Prix starts, will replace Australian driver Daniel Ricciardo, who is McLaren-bound at the end of this season.

Alonso, who won his two world championship titles with Renault in 2005 and 2006, said the French team had given him his "fondest memories" in Formula One.

"Renault is my family," the 38-year-old Spaniard said.

"It's a great source of pride and with an immense emotion I'm returning to the team that gave me my chance at the start of my career and which now gives me the opportunity to return to the highest level."

Alonso left Formula One in 2018 after four fruitless years at McLaren and is due to make a third attempt to win the Indianapolis 500 with McLaren in August.

Alonso said he had bought into Renault's project for the coming season.

"Their progress this winter gives credibility to the objectives for the 2022 season and I will share all my racing experience with everyone from the engineers to the mechanics and my team-mates," he said.

"The team wants and has the means to get back on the podium, as do I."

Cyril Abiteboul, managing director of Renault Sport Racing said the signing of Alonso was a sign of Renault's "plan to continue its commitment to F1 and to return to the top of the field".

"His presence in our team is a formidable asset on the sporting level but also for the brand to which he is very attached," Abiteboul said.

"The strength of the bond between him, the team and the fans make him a natural choice. In addition to past successes, it is a bold mutual choice as well as a project for the future."

Abiteboul added: "His experience and determination will enable us to get the best out of each other to take the team towards the excellence that modern Formula 1 demands.

"He will also bring to our team, which has grown very fast, a culture of racing and winning to overcome hurdles together. Alongside Esteban, his mission will be to help Renault DP World F1 Team prepare for the 2022 season in the best possible conditions."

F1 teams are in Austria preparing for the second race of the season this Sunday after Mercedes driver Valtteri Bottas took the chequered flag in the opening race of the coronavirus-delayed season, also in Austria, last weekend.

Fernando Alonso Formula 1
Get the latest updates on India vs Australia Series, check out the India vs Australia Schedule for 2020-21 and Ind vs Aus live score . Like us on Facebook or follow us on Twitter for more sports updates. You can also download the NDTV Cricket app for Android or iOS.