Lewis Hamilton is gunning to go one better than five-time champion Juan Manuel Fangio and close in on Michael Schumacher's all-time record seven Formula One crowns. 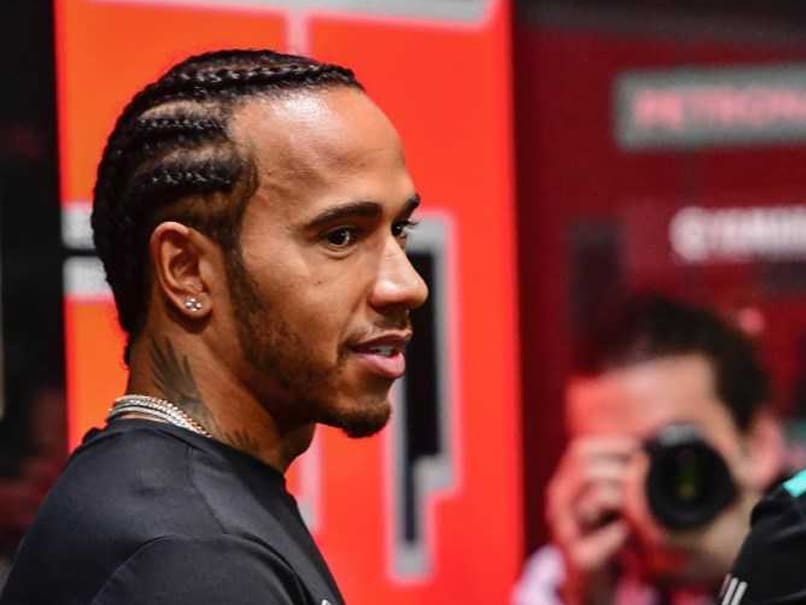 Lewis Hamilton believes Ferrari have the edge going into the opening Grand Prix of the season in Melbourne, but the Mercedes ace remains quietly confident in his bid for a sixth world title. The 34-year-old, who was dominant in 2018, is gunning to go one better than legendary five-time champion Juan Manuel Fangio and close in on Michael Schumacher's all-time record seven Formula One crowns. But it was Ferrari who sizzled in pre-season testing to emerge as the early favourites in Australia, with Hamilton claiming the Italian team could be up to half a second quicker around Albert Park on Sunday.

"This is going to be the toughest battle yet," said the Briton, although Mercedes, who have won five drivers' and constructors' titles in a row, may not have shown their full hand yet.

'We've got the best team'

"We've got the best team around us. We have experience, it's no coincidence that we are world champions so we have to be diligent and stay balanced," added Hamilton, who has won twice in Melbourne, in 2008 and 2015.

"But as a driver for sure I have to figure out how can I pull more out, which I don't have the current answer for."

His Ferrari arch-rival Sebastian Vettel swept home in an Australian thriller last year, getting a jump on Hamilton after Mercedes miscalculated a pit stop under virtual safety car conditions.

It was the four-time world champion's second straight win in Melbourne and he followed it up with victory at Bahrain before a resurgent and doggedly consistent Hamilton won 11 of the final 19 races to leave the frustrated German in his wake.

While Mercedes have retained Valtteri Bottas as Hamilton's partner this year, one of only two unchanged driver line-ups, Vettel has a new teammate in Charles Leclerc who shifted from Sauber -- now branded Alfa Romeo -- in a swap for Kimi Raikkonen.

Vettel said he considered 21-year-old Leclerc a "full rival" despite his relative inexperience and expressed confidence that Ferrari can clinch their first drivers' crown since Raikkonen's triumph in 2007.

"I hope that this year we get to have a lot of fun. Fun is to win a lot of races and then ultimately you are fighting for the championship," said the 31-year-old, who won four successive world championships at Red Bull from 2010-2013.

"That's obviously what we want but at this point it is very far away."

Mercedes 'will be very strong'

The bookmakers have Vettel as clear favourite to win on Sunday although new Ferrari team chief Mattia Binotto suggested Mercedes were not as far off the pace as Hamilton suggested.

"I believe that Mercedes will be very strong in Australia and I think that we would be completely wrong to believe that we are faster than them," he said.

Meanwhile Red Bull, powered by new Honda engines, have high hopes that Max Verstappen, who finished fourth in the drivers' standings last year, can crash the Hamilton-Vettel party. He has a new partner in Pierre Gasly after Daniel Ricciardo's shock decision to leave for Renault.

The race also marks the amazing comeback of Poland's Robert Kubica, who eight years ago partially severed his right arm in an accident that many believed would never see him driving a car again, let alone a Formula One machine.

He gets his opportunity at Williams, which finished last in the constructors' championship in 2018.

A new set of aero regulations have also been introduced, featuring simpler front wings and brake ducts, in a bid to improve the quality of racing.