With 3 consecutive wins, Chelsea are poised to reach the last 32 of Europa League, with Arsenal set to join them following their 1-0 win. 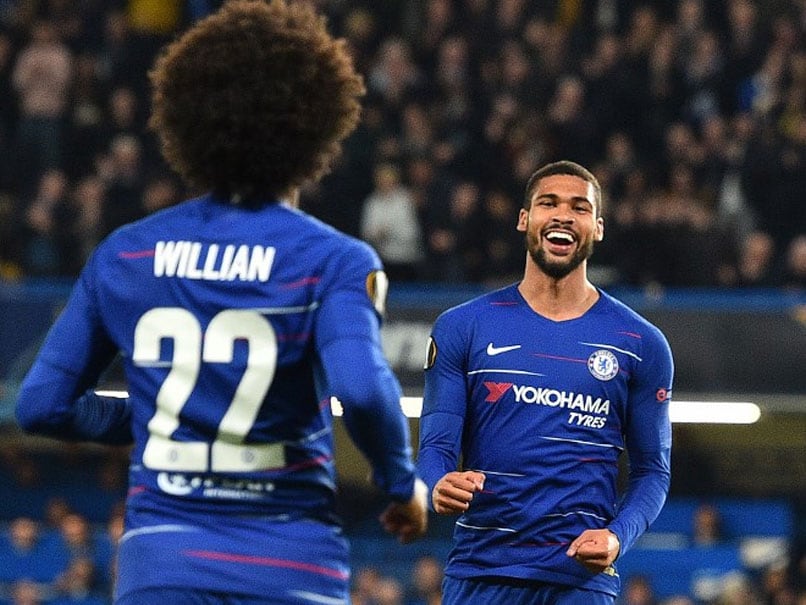 Ruben Loftus-Cheek capitalised on a rare start for Chelsea by scoring a hat-trick in Thursday's 3-1 Europa League victory over BATE of Belarus, while Arsenal extended their winning run to 11 games away to Sporting Lisbon. Loftus-Cheek, part of England's FIFA World Cup squad in Russia, started for just the second time this season under Maurizio Sarri and struck twice inside the opening eight minutes as Chelsea dominated at Stamford Bridge. The 22-year-old midfielder drilled in a low Davide Zappacosta cross as the Blues led after two minutes, and Loftus-Cheek doubled his tally when he hooked in from a corner.

He completed his hat-trick with a side-footed effort from the edge of the area on 54 minutes, although BATE left with a consolation goal after an unmarked Aleksei Rios turned in from a late free-kick.

"It feels really good," Loftus Cheek told BT Sport after he became the first Chelsea player to score a hat-trick in Europe since Didier Drogba 12 years ago.

"It's up there, it's my first hat-trick in a while, even since playing for the youth team. It feels nice.

"Any player will tell you it's nice to score a hat-trick and it feels good, I'll get the ball signed and put in a glass box. Hopefully there are many more to come."

Three wins from three in Group L have Chelsea poised to reach the last 32 of the competition, with Unai Emery's Arsenal set to join them following a 1-0 victory in Portugal.

Danny Welbeck pounced on a defensive lapse by former Liverpool defender Sebastian Coates on 78 minutes to keep Arsenal on maximum points in Group E and prolong the club's best run since 2007.

Patrick Cutrone grabbed a consolation for Milan who finished the game with 10 men after Samuel Castillejo saw red for the hosts in injury time.

Olympiakos beat Dudelange of Luxembourg 2-0 in the group's other fixture, while there was more misery for Brendan Rodgers and Scottish champions Celtic in Germany.

Brazilian striker Matheus Cunha and Portugal winger Bruma, who scored against Scotland in a friendly this month, were both on target in the first half as RB Leipzig won 2-0.

Salzburg picked up a third successive victory to stay top of Group B as Munas Dabbur netted twice in a 3-0 defeat of bottom side Rosenborg.

Steven Gerrard's Rangers remain unbeaten in Group G but were left frustrated after a 0-0 draw against an understrength Spartak Moscow, who left a number of first-choice players behind in Russia.

"We are making huge strides from where we were," said Gerrard.

"We came close but it wasn't to be. It could be a valuable point at the end of the day.

"It shows just how far we've come when we are disappointed to take a point off a Champions League team."

Rangers are level on five points with Villarreal at the top after the Spaniards hammered Rapid Vienna 5-0.

Last season's runners-up Marseille are in danger of an early exit after losing 3-1 at home to Lazio, while five-time champions Sevilla thrashed Turkish club Akhisar 6-0.

Arsenal Ruben Loftus-Cheek Football
Get the latest updates on ICC T20 Worldcup 2022, check out the Schedule and Live Score. Like us on Facebook or follow us on Twitter for more sports updates. You can also download the NDTV Cricket app for Android or iOS.