Arsenal take on Sporting CP while Chelsea take on Bate Borisov in their Europa League encounters. 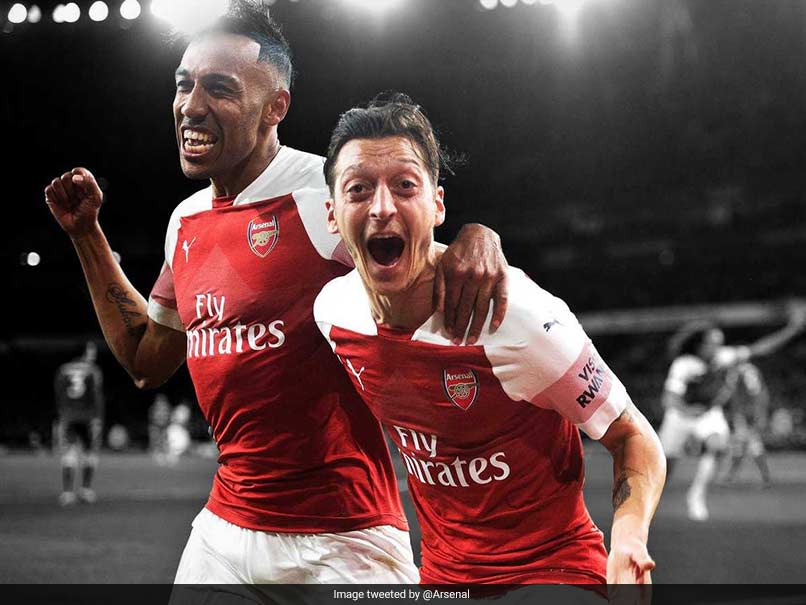 Amid a packed schedule Arsenal take a 10-match winning streak to Sporting Lisbon as their quest to win the Europa League continues Thursday, when city rivals Chelsea, possibly without the influential Eden Hazard, host BATE Borisov of Belarus. After sealing an impressive 10th straight victory at home to Leicester in the Premier League on Monday,Unai Emery'soutfitarethe team to watch in Group E. Arsenal and Sporting sit on six points apiece after two games, with Azerbaijan's Qarabag and fellow strugglers Vorskla of Ukraine still pointless. Sporting are fifth in Portugal's top flight, four points off the top with former Manchester United star Nani having scored three goals from seven league outings.

If Arsenal needed more reason to believe in their chances of going all the way, they need not look far. As coach of Sevilla in 2013-2016, Emery led the Spaniards to three consecutive Europa League titles.

"We are beginning to play with heart," Emery said after Monday's come-from-behind 3-1 win, in which Mesut Ozil scored and provided an assist in a man-of-the-match performance.

"I think we played some sexy football," said the 30-year-old German.

Sporting, who won 2-1 away to Loures in the Portuguese Cup with Nani and Bruno Fernandes both on target, should be fresher having played on Saturday.

Arsenal played on Monday and Emery, already set to make changes due to a packed schedule, is set to tinker further after both Nacho Monreal and Sead Kolasinac were ruled out.

"Yesterday was a very bad day for injuries," Emery conceded on Tuesday.

Having won both their opening Group L matches, 2013 champions Chelsea can take a major step to the next round with a home win on Thursday, although they may have to do without Hazard.

The Belgian playmaker says he was kicked so much during Chelsea's 2-2 weekend draw with Manchester United that he will miss the Stamford Bridge game against BATE with a bad back.

"When I woke up on Monday I was stiff. Even during the second half I couldn't accelerate properly," he said.

With Spanish centre-forward Alvaro Morata struggling on just three goals this season, Hazard's absence could rob Chelsea of their main attacking threat after a blistering seven-goal start to the Premier League campaign.

Yet Brazilian winger Willian remains upbeat about their chances, claiming the entire club has been given a lift by the arrival of new coach Maurizio Sarri.

"The way we are playing this season, we can go all the way," the in-form winger said of their Europa League campaign.

As Marseille prepare to face Lazio, the French side will be hoping the past experience of coach Rudi Garcia pays dividends as they bid for their first win of the group stage following a 2-2 draw at Apollon Limassol. He joined them from Roma, where he faced Lazio five times in the capital-city derby and never lost.

"Three wins and two draws in five games, I hope we can get a result like I used to in those Rome derbies," Garcia told AFP.

He added: "I'll always have a little bit of Roma in my heart so that gives us added inspiration, but what counts here is winning, not punchlines."

Chelsea BATE Eden Hazard Pierre-Emerick Aubameyang Mesut Ozil Football
Get the latest updates on SA vs IND 2021-22, check out the Schedule and Live Score . Like us on Facebook or follow us on Twitter for more sports updates. You can also download the NDTV Cricket app for Android or iOS.