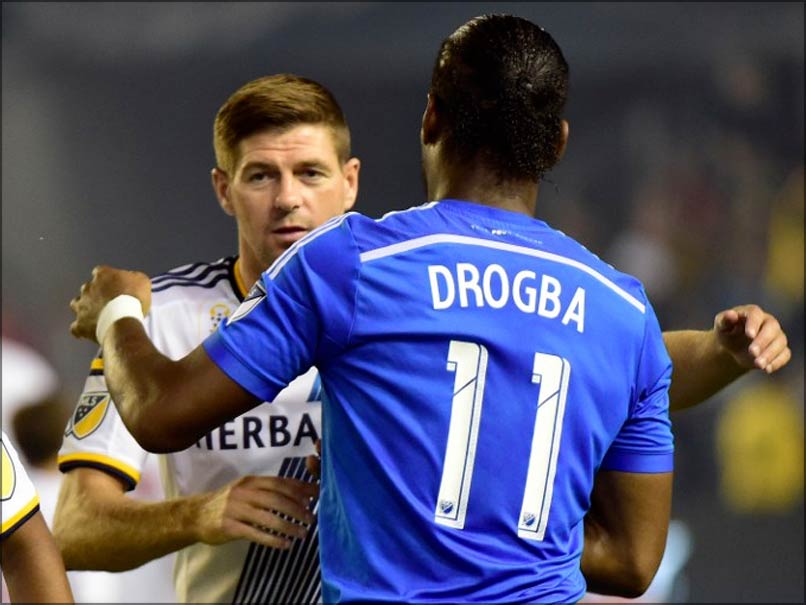 TheMajor League Soccer careers of Didier Drogba and Steven Gerrard could end without either man kicking another ball as their teams head into nerve-wracking sudden-death playoff games starting Wednesday.

However, both Gerrard and Drogba's seasons are hanging by a thread as their respective teams face knockout games this week which could end their campaigns.

The Galaxy face a one-off game against Real Salt Lake at the StubHub Center in Carson on Wednesday, with Gerrard, on the mend from a recent hamstring injury, far from certain to make the matchday squad.

Drogba's Montreal teammates, meanwhilem face an awkward trip to face D.C. United in Washington with the Ivorian striker struggling with a sore back.

Failure of the Galaxy and Montreal to negotiatate their first-round opponents could in all probability spell the end for Gerrard and Drogba.

Gerrard, 36, fueled speculation about his future at the weekend with a social media post interpreted in some quarters as a farewell message to Los Angeles fans.

"Living in Los Angeles and playing for the great Galaxy supporters has been a privilege," Gerrard wrote. "You have made this place feel like home to me. This city and this club will always hold a special place in my heart. Thank you."

It came as reports in Britain said former England captain Gerrard had held talks with Liverpool about returning to Anfield in a coaching role.

Gerrard, who was in England earlier this month to undergo treatment on his hamstring, trained separately from his Galaxy teammates on Monday after returning to California.

Galaxy coach Bruce Arena, meanwhile, is bracing for a tough test against a Salt Lake side his team took four points from in the regular season.

"I think we played them twice this year, beat them at home and had a tie on the road there," Arena said. "Always a good team. Obviously, a team we've seen before in the playoffs. We expect a tough match."

Drogba, meanwhile, faces an acrimonious end to a career in Montreal that has unraveled rapidly after a successful debut season.

The 38-year-old has scored 21 goals in 32 appearances for Montreal since making his debut for the club in August 2015.

But Drogba's first full season in the MLS this year has been marked by tension between the player and his club, with the nadir coming on October 16 when the striker refused to be a part of Montreal's matchday squad after being told he would not be in the starting line-up.

Montreal President Joey Saputo insisted the feud between Drogba and the club had been settled, though it did not prevent MLS from hitting the player with a fine last week for the no-show.

Drogba did not play in Sunday's final regular season game -- a 3-0 away defeat to the New England Revolution -- and has complained of a back problem which prevented him from training last week.

Impact coach Mauro Biello, who rested several first team players from the defeat to New England, said Monday Drogba was still complaining of a sore back, describing the forward's status as "day to day."