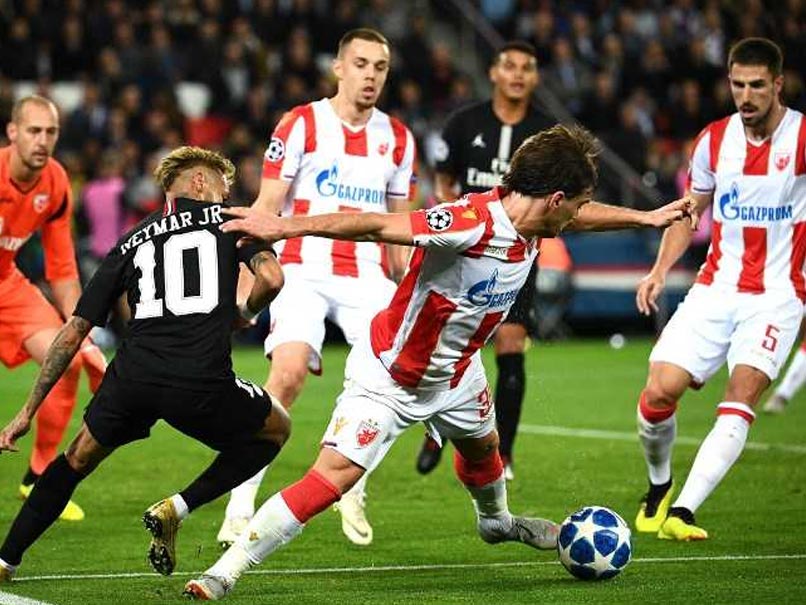 French investigators are probing suspicions of match-fixing in Paris Saint-Germain's 6-1 win against Red Star Belgrade in the Champions League group stage on October 3, a source said Friday. A senior official from the Serbian club is suspected to have bet large sums of money on Red Star losing by a five-goal margin, said the source, who is close to the investigation. The match was played at PSG's Parc des Princes stadium. French sports newspaper L'Equipe said the Red Star official and accomplices had bet five million euros (5.8 million dollars) on the match with the aim of winning tens of millions of euros.

The original alert tipoff was received by European football's governing body UEFA which passed on the information to national authorities, another source said.

France's online betting watchdog Arjel said it had seen no evidence of irregular activity regarding the match either in France or in 22 other mainly European countries, or by countries covered by the Global Lottery Monitoring System.

Red Star said they were shellshocked by the claims.

"Scandalised and disgusted, Red Star Belgrade rejects suspicions concerning the PSG-Red Star game and the implication of anyone from the club in any untoward dealings," said a statement from the club.

PSG said it was "extremely concerned" by the investigation.

In a statement, the French club said its contact with Red Star for the match had been completely normal.

"At no moment was any member of the club approached about any issue other than those strictly linked to the organisation of the match, for example, meetings, visits and the official lunch just as there is for every UEFA Champions League match," PSG said.

"PSG points to its attachment to a fundamental principle of sport, that of the integrity of competition and, consequently, a refusal of any form of practice that could call into question this integrity."

UEFA said it did not comment on ongoing investigations.

Neymar scored a hat-trick in the match with PSG's other goals coming from Edinson Cavani, Angel Di Maria and Kylian Mbappe.

The allegations come at the end of a week in which the Belgian league was rocked by a corruption scandal.

Belgian prosecutors on Friday charged 19 suspects and detained nine in a massive fraud and match-fixing inquest that has mired Belgium's elite league in the scandal.

The charges came after police on Wednesday carried out a massive operation in Belgium, arresting 29 people, 10 of which were released without charges.

Among the detained were at least three players' agents, a referee, and a top executive from a major football club, a statement from prosecutors said.

Paris SG Red Star Belgrade Football
Get the latest updates on ICC T20 Worldcup 2022 and CWG 2022 check out the Schedule, Live Score and Medals Tally. Like us on Facebook or follow us on Twitter for more sports updates. You can also download the NDTV Cricket app for Android or iOS.