Edinson Cavani has scored 17 times in the French league and twice in the Champions League this season. 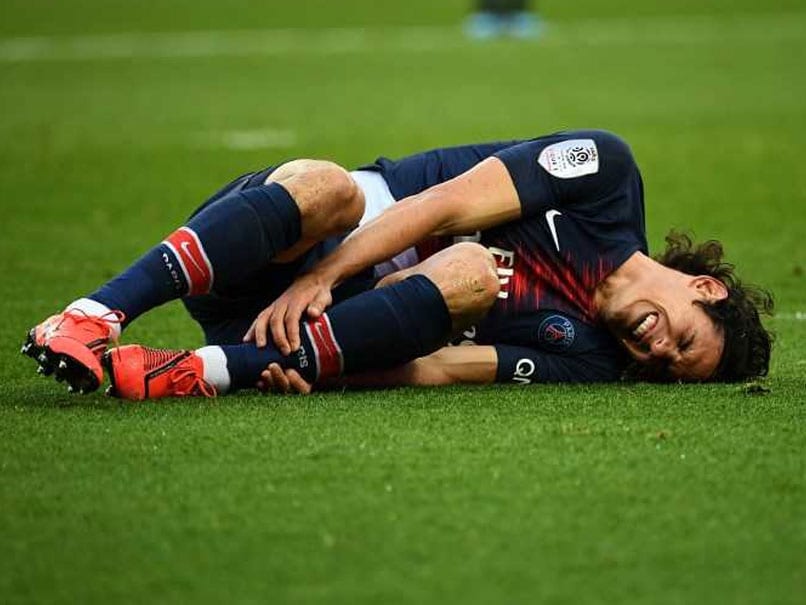 Edinson Cavani suffered a leg injury during PSG's 1-0 win over Bordeaux in Ligue 1.A© AFP

Edinson Cavani is likely to miss the first leg of Paris Saint-Germain's Champions League encounter with Manchester United, coach Thomas Tuchel told French television on Sunday. "There is no good news for Edi this morning, there are still examinations today at our training centre, the club will speak a little later, but in my opinion the news is not going to be very good," Tuchel said. "It will be very difficult for him to play." The Uruguayan centre-forward has scored 17 times in the French league and twice in the Champions League this season.

PSG visit Old Trafford on Tuesday for the first leg of their encounter in the round of 16, the stage at which the French champions went out in the last two seasons.

Cavani suffered a leg injury on Saturday, probably when blasting home the 42nd minute penalty that gave PSG a 1-0 victory in Bordeaux. He did not play the second half.

"There is a very small hope," Tuchel said. "We always hope but the first exams are not good."

He said the club would make a statement later in the day.

PSG will are already missing superstar striker Neymar, sidelined until at least April with a foot injury.

Tuchel said there was good news for another of his key players, midfielder Marco Verratti who started against Bordeaux after three weeks out with an ankle problem.

"Verratti can play and will play," said the German coach.

"I'm worried because we are missing key players," said Tuchel. "For the  big games in the Champions League, it is absolutely necessary to have key players with a lot of experience".

Manchester United Edinson Cavani Neymar Manchester United vs Paris Saint-Germain F.C., Round of 16 Football
Get the latest updates on IPL Auction 2023 and check out  IPL 2023 and Live Cricket Score. Like us on Facebook or follow us on Twitter for more sports updates. You can also download the NDTV Cricket app for Android or iOS.