Bruno Fernandes is seen entering the dressing room, and then he puts an arm on Ronaldo as he walked past him to put his bag down. 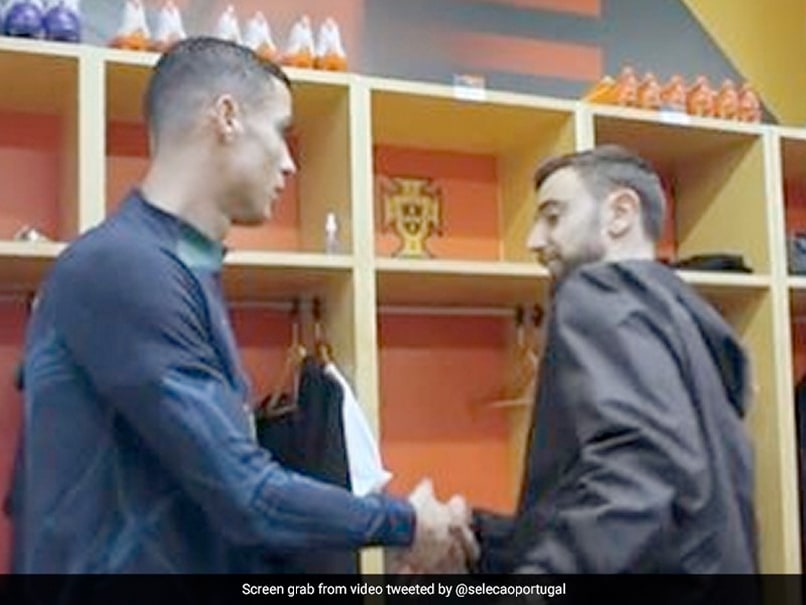 The FIFA World Cup is just around the corner with action resuming on Sunday in the mega event. The teams have started arriving in Qatar after bringing club football to a mid-season halt. However, all the attention has been grabbed by Portugal striker Cristiano Ronaldo, who gave an explosive interview to British journalist Piers Morgan. In the interview, Ronaldo slammed the Manchester United higher management, the manager Erik ten Hag and he also opened up on how he has been treated off late.

It is no secret that Ronaldo wants to leave Manchester United, and after a turbulent few months, looks like the striker has decided to go rogue. With Ronaldo speaking his mind, one was eagerly anticipating how the equation would be between Ronaldo and his Manchester United teammate Bruno Fernandes in the Portugal dressing room.

And the build-up has lived to its hype as in a video posted by Selecao Portugal on Twitter, one can see the awkwardness between the two stars.

Fernandes is seen entering the dressing room, and then he puts an arm on Ronaldo as he walked past him to put his bag down. Ronaldo then offers his hand for a handshake. Fernandes hesitated at first, and then he greeted Ronaldo. There was something said between the two, and quickly Fernandes turned to greet the other teammates.

Ronaldo has let his frustration known about the owners of Manchester United -- The Glazer Family, saying they do not care about the sporting success of the club. It is important to note that the full interview has not even aired, and just the snippets of the explosive interview are being made available on social media.

Ronaldo had earlier said that the higher management does not want him at the club, and he had even said that he does not have any respect for the current manager Erik ten Hag,

"The owners of the club, listen, the Glazers, they don't care about the club - I mean professional sport," Ronaldo said in the interview, as reported by Goal.com.

"As you know Manchester (United) is a marketing club, they will get its money from the marketing. The sports, they don't really care in my opinion," he added.

Cristiano Ronaldo Bruno Fernandes Football FIFA World Cup 2022
Get the latest updates on IPL Auction 2023 and check out  IPL 2023 and Live Cricket Score. Like us on Facebook or follow us on Twitter for more sports updates. You can also download the NDTV Cricket app for Android or iOS.