The Japan vs Spain match saw the decider coming from Ao Tanaka in the 51st minute but the goal sparked controversy for the way it was scored. 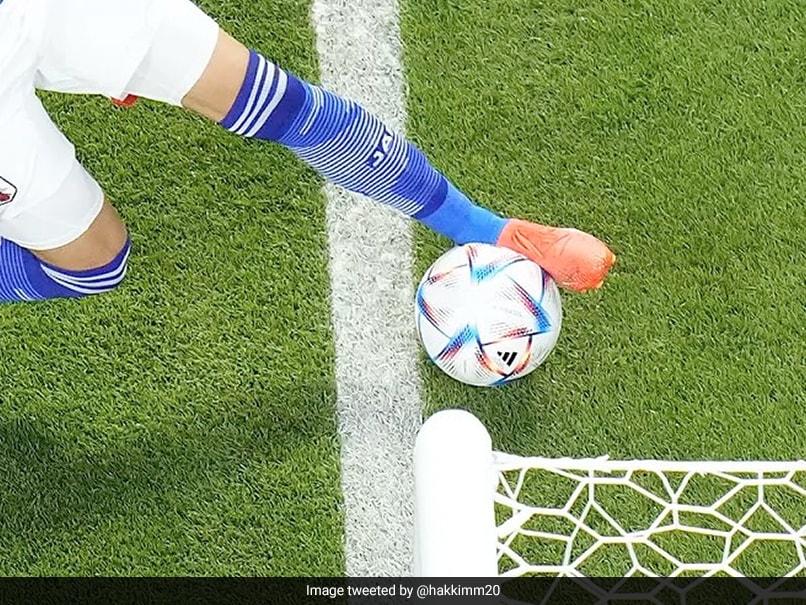 Japan defeated Spain in a Group E match of FIFA World Cup 2022 on Thursday to advance to the Round of 16. On the other hand, Spain also entered the last 16 despite the result, but it was Germany, who bore the brunt of Spain's loss. The Japan vs Spain match saw the decider coming from Ao Tanaka in the 51st minute but the goal sparked controversy for the way it was scored. Before Tanaka got his name on the scoresheet, the score was level at 1-1.

Tanaka scored only after getting an assist from Kaoru Mitoma. While the final strike was not in question, the way Mitoma received the ball near the touchline and then passed it to his teammate arose controversy.

A VAR check was done on whether the ball went out of the playing area before Mitoma passed it to Tanaka, and the verdict went in favour of Japan.

The decision, which had such a big say in the fate of the game and also in Germany being knocked out of the tournament, sparked huge controversy with some coming in support of it and the others lashing out at it.

Check out some of the reactions here:

According to physics and football rules the "entire" ball has to be completely out of the field ..again entire ball...Japan goal counts...no rigging #FIFAWorldCup #SpotifyCorrupt #Japan #fifa #VAR #SpainVsJapan #WorldCup pic.twitter.com/7WLJfPscgf

everyone who's saying robbed Japan vs Germany #VAR #robbed pic.twitter.com/bzVuMEOlSs

Although tonight is historic for Japan, I can't help but believe that there is something not right with this World Cup. Lots of controversial decisions and no show of the view from VAR. The ball looked to have crossed the line on the second Japan goal to me. #VAR #WorldCup pic.twitter.com/gGzRYKU92s

Can #VAR just explain this ? I was on the understanding that if the ball goes over the line then it's out . When did they change the rule . pic.twitter.com/MpsnIZ9XPQ

The goal turned out to be the one that resulted in Germany's elimination from the tournament. Despite securing a 4-2 win against Costa Rica in a topsy-turvy match, Germany couldn't progress to the Round of 16. Japan, on the other hand, booked their spot in the knockouts as winners of Group E.

What Made Sania Mirza Cry?
Comments
Topics mentioned in this article
Football

Germany Social
Get the latest updates on IPL Auction 2023 and check out  IPL 2023 and Live Cricket Score. Like us on Facebook or follow us on Twitter for more sports updates. You can also download the NDTV Cricket app for Android or iOS.