Japan's 2-1 win over Spain wasn't devoid of controversy. Their second goal has triggered a storm on social media, with many suggesting that VAR was wrong in allowing the goal. 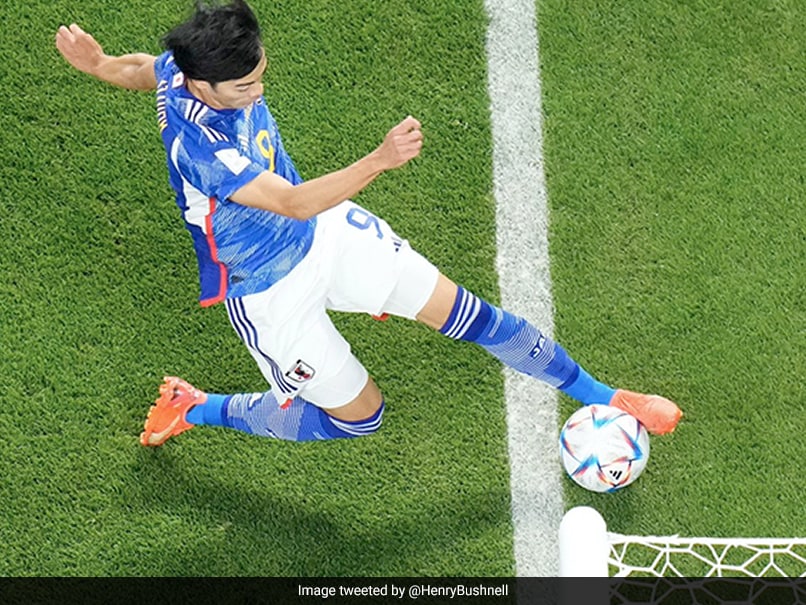 The Group E in the 2022 FIFA World Cup turned out to be the "Group of Death", with Japan beating both Germany and Spain to qualify for the Round of 16 as group winners. While Spain progressed as runners-up due to a better goal difference, 2014 champions Germany were knocked out. But, Japan's 2-1 win over Spain wasn't devoid of controversy. Their second goal has triggered a storm on social media, with many suggesting that VAR was wrong in allowing the goal, especially since it led to the Germans' elimination.

It was Japan's Ao Tanaka who scored in the 51st minute to give the Asian side the lead. The goal wasn't given right away as the officials checked whether the ball went past the touchline. After a lengthy review, the officials gave the decision in favour of Japan, putting them 2-1 up.

Why did VAR rule the decision in Japan's favour?

It has to be understood that even though the ball might have been placed on ground beyond the touchline, it's tangent was inside the permissible limit. Hence, a part of the ball was in-line with the touchline, prompting the officials to call it a legitimate goal.

FIFA claimed that the "curvature of the ball" remained in, hence the ball was not out of play at that moment.

For everyone saying the ball was out for the Japan goal pic.twitter.com/cNgSg8mIdI

According to IFAB, who set the laws of the game, the ball is out when "it has wholly passed over the goal line or touchline on the ground or in the air".

The goal turned out to be the one that resulted in Germany's elimination from the tournament. Despite securing a 4-2 win against Costa Rica in a topsy-turvy match, Germany couldn't progress to the Round of 16. Japan, on the other hand, book their spot in the knockouts as winners of Group E.

"Entire Credit To Her Coaches": Shafali Verma's Father On U19 WC Triumph
Comments
Topics mentioned in this article
Football

Germany FIFA World Cup 2022
Get the latest updates on IPL Auction 2023 and check out  IPL 2023 and Live Cricket Score. Like us on Facebook or follow us on Twitter for more sports updates. You can also download the NDTV Cricket app for Android or iOS.