David Silva joined City from Valencia and has contributed to two Premier League title wins, two League Cup triumphs and one FA Cup success during his time at the Etihad Stadium. 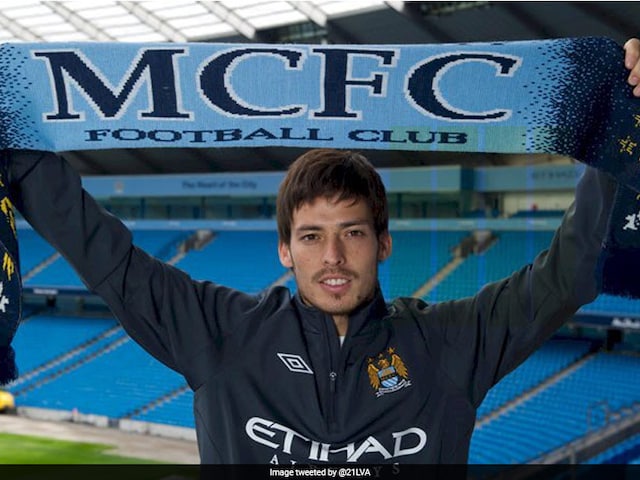 Spanish midfielder David Silva has extended his contract with Manchester City by one year to 2020, the Premier League leaders announced on Thursday. Silva, 31, has become one of City's most decorated players since joining in 2010 and has played a pivotal role this season as Pep Guardiola's side have surged to the top of the table. "I am so happy to have committed my future to City," Silva said in comments published on the City website.

"I am incredibly proud of what I have achieved at City in my seven and a half seasons here and with Pep in charge, I feel we are in a great position to win trophies this season and beyond.

"The style of football we are playing is a pleasure to be a part of and I look forward to winning more titles in the years to come."

Silva joined City from Valencia and has contributed to two Premier League title wins, two League Cup triumphs and one FA Cup success during his time at the Etihad Stadium.

Sporting a newly shaven head this season, he has formed a devastating midfield partnership with Kevin De Bruyne, scoring one goal and providing 10 assists in all competitions.

"We are very pleased with this announcement," said City director of football Txiki Begiristain.

"Not only has David Silva been central to the club's success over recent years, he remains one of the team's key players.

"He has shown again this season that he is the best creative midfielder in English football and he will be very important in developing our talented young players in the coming years."

Comments
Topics mentioned in this article
Manchester City David Silva Football English Premier League
Get the latest Cricket news, check out the India cricket schedule, Cricket live score . Like us on Facebook or follow us on Twitter for more sports updates. You can also download the NDTV Cricket app for Android or iOS.