Anthony Martial's run of four successive starts has brought four goals and teammate Nemanja Matic believes the forward has the world at his feet. 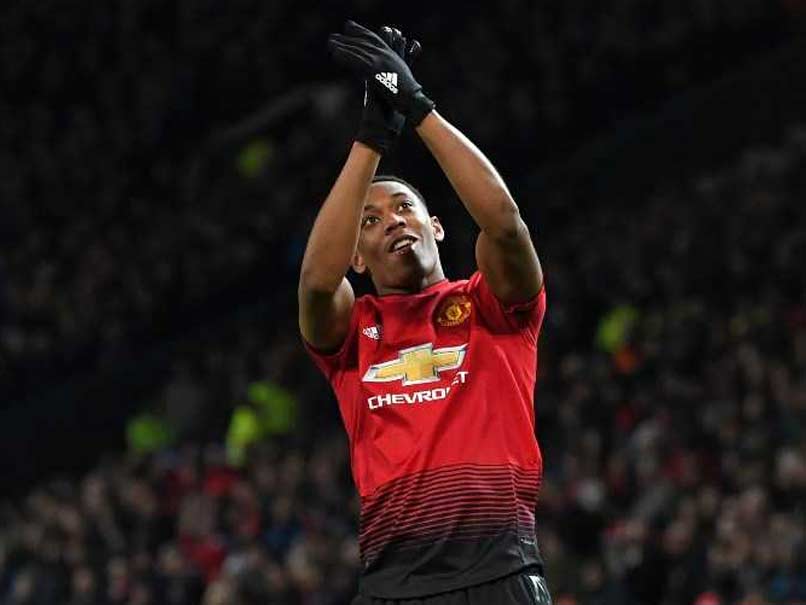 Anthony Martial was crowned man of the match in Manchester United's match vs Everton.© AFP

Anthony Martial can become one of the Premier League's top players if he believes in himself, according to Manchester United teammate Nemanja Matic. Jose Mourinho's men received a much-needed shot in the arm on Sunday by overcoming Everton. Martial's delightful curling effort proved the difference in a 2-1 victory at Old Trafford, where he was crowned man-of-the-match after also winning the penalty that eventually led to Paul Pogba opening the scoring. The 22-year-old appears to have turned a corner at United, having struggled to earn the trust of Jose Mourinho and at times endured a testy relationship with the manager.

Martial's run of four successive starts has brought four goals and teammate Matic believes the forward has the world at his feet.

"Anthony is a great player and he needs to understand that," the United defensive midfielder said.

"He needs more confidence. He is still young and I think if he continues to score in the next game he will get that. If he reaches his top level, he can be one of the best players in the league for sure.

"Sometimes I don't think he understands how good he is. He is quick, he is good with the ball, he can run."

Asked if senior players like himself have told Martial just how good he can be, Matic said: "The manager speaks with him about it. I have told him once.

"But he is a great person and a great guy, and I am happy for him that he is scoring. It is great.

"The quality is there, confidence is there now and he just needs to be more consistent. I am glad we have him in the team."

Matic is also certain that out-of-sorts striker Romelu Lukaku will get back on track.

After eight scoreless appearances for the United, the Belgium international was dropped to the bench as his former club Everton visited Old Trafford.

"He is a great player for sure," Matic said. "He has scored a lot of goals for United so I don't see any problems for him... He will start to score again soon. I believe that."

Manchester United Nemanja Matic Anthony Martial English Premier League Football
Get the latest updates on SA vs IND 2021-22, check out the Schedule and Live Score . Like us on Facebook or follow us on Twitter for more sports updates. You can also download the NDTV Cricket app for Android or iOS.