Watch: Everton Winger's Long Range Stunner vs Burnley "Gets Better With Every View" 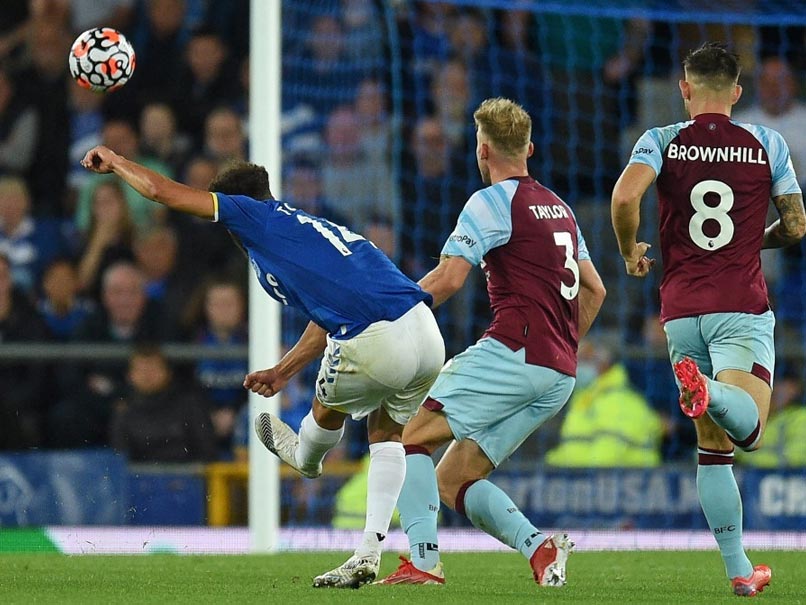 Andros Townsend beat goalkeeper Nick Pope with a brilliant strike from outside the box.© AFP

English winger Andros Townsend scored a long-range screamer on Monday night to help Everton seal a 3-1 comeback in the Premier League against Burnley at Goodison Park. Five minutes after setting up Michael Keane for Everton's equaliser, Townsend received the ball just inside Burnley's half before cutting in onto his left foot and let loose a brilliant strike that curved and dipped to beat goalkeeper Nick Popeand send fans into a frenzy. The goal came just 12 minutes after Ben Mee had nodded Burnley ahead, and things got even better for Everton a minute later as Demarai Gray made it 3-1 and ensured the three points as the Rafa Benitez-managed side went joint-top in the league.

Townsend joined Everton on a free transfer in the summer window. This was his first league goal for the Toffees.

The 30-year-old credited his mother for the goal.

"I have to give a shout-out to my mum because during the week she sent me a compilation video of all my goals," Townsend said after the match.

"She clipped them all together and she told me I need to believe in myself again. I think you saw that with this goal here."

Everton have taken 10 points from their opening four league games under Benitez to move alongside local rivals Liverpool, Chelsea and top-of-the-table Manchester United.

"The reaction of the players, it doesn't matter the system, was very good," said Benitez after Everton's comeback.

"You can see the fans, as soon as we attack, they are behind the team."

Burnley Andros Townsend Football
Get the latest updates on ICC T20 Worldcup 2022, check out the Schedule and Live Score. Like us on Facebook or follow us on Twitter for more sports updates. You can also download the NDTV Cricket app for Android or iOS.