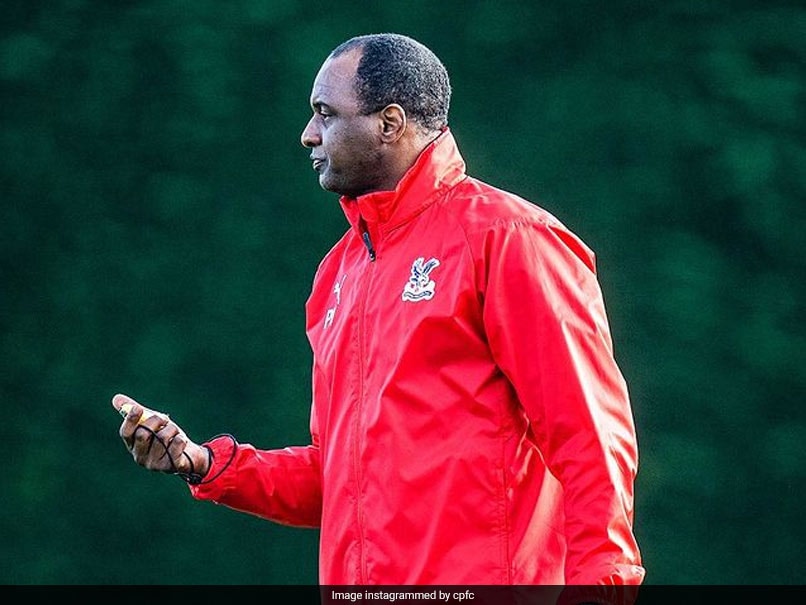 Crystal Palace's bid to have their Boxing Day trip to Tottenham postponed due to a coronavirus outbreak has been turned down by the Premier League despite manager Patrick Vieira testing positive. Three games scheduled for the traditional round of matches on December 26 have already been called off due to squads decimated by Covid-19 infections and injuries. Leeds' clash with Aston Villa, scheduled for December 28, was also called off on Sunday taking the total number of Premier League games postponed over the past two weeks to 14.

However, six Premier League games are due to go ahead in front of full crowds despite Britain battling record coronavirus figures owing to a wave of the Omicron strain of the virus.

Earlier this week Premier League clubs rejected the option of temporarily halting the season to allow a circuit breaker for infections.

At the same meeting on Monday, clubs were warned that games will go ahead if each team has 13 fit outfield players and a goalkeeper.

Vieira revealed on Christmas Eve that Palace had suffered a "couple of cases" but that outbreak has reportedly worsened over the past 48 hours.

However, it has not been deemed sufficient by the Premier League for the game to be rescheduled.

"We can confirm that Crystal Palace manager Patrick Vieira is self-isolating after returning a positive test for Covid-19, and will be absent from the touchline for today's match against Spurs," Palace said in a statement.

Across the three divisions below the Premier League, 22 matches in the English Football League (EFL) scheduled for Boxing Day have already been postponed.

No restrictions have yet been put in place for the size of crowds at matches in England, although supporters do have to provide proof of vaccination or a negative test taken in the previous 48 hours.

Sport in Wales will be forced back behind closed doors from today, while in Scotland a restriction of 500 outdoor public events has seen Scottish Premiership clubs bring forward their winter break by a week after Sunday's fixtures.

Aston Villa manager Steven Gerrard will also be in isolation for his side's clash with Chelsea.

It is the second time this season Gerrard has been forced to isolate after also testing positive when in charge of Rangers in August.

The Blues could find themselves nine points adrift of leaders Manchester City by the time they kick-off at Villa Park should the champions continue their scintillating form at home to Leicester.

City have won their last eight consecutive league games to open up a three-point lead at the top over Liverpool.

Behind the top three there is a battle for the fourth and final place in next season's Champions League.

Arsenal are in pole position ahead of their trip to bottom-of-the-table Norwich.

But Tottenham and West Ham, who host Southampton, have games in hand to cut the Gunners' advantage.

Crystal Palace English Premier League Football
Get the latest updates on ICC Women's Cricket World Cup 2022 and IPL 2022, check out the Schedule , Live Score and IPL Points Table. Like us on Facebook or follow us on Twitter for more sports updates. You can also download the NDTV Cricket app for Android or iOS.