Virat Kohli was 23 runs short of scoring 1000 Test runs against England at the beginning of the Edgbaston Test. 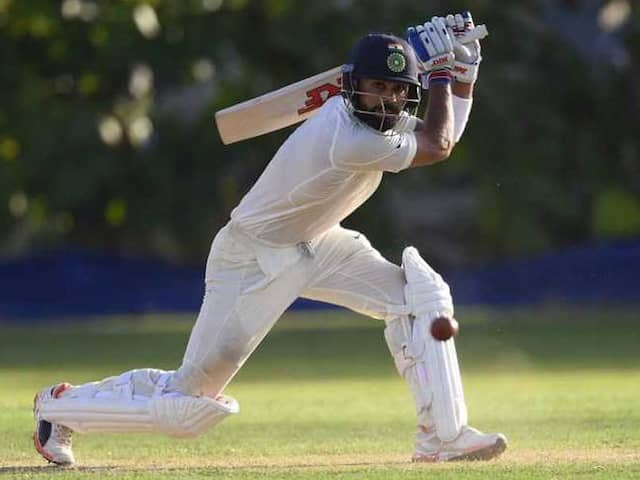 India captain Virat Kohli on Thursday added another record to his statistics as he became the 13th Indian cricketer to score 1000 runs against England. Virat Kohli achieved the milestone during the opening Test of the five-match series against England at Edgbaston in Birmingham. Ahead of the first Test, Kohli needed just 23 runs to achieve this feat. He reached the milestone when he took a quick single off Ben Stokes on the last ball of the 34th over. India were in a spot of bother with the score on 112/5, still trailing England by 175 runs. India batting superstar Sachin Tendulkar tops the list with 2535 runs against England. He scored seven centuries and 13 half-centuries at an average of 51.73.

In total, Kohli has played 14 matches against England - 9 home and 5 away matches (excluding the ongoing Edgbaston Test).

Kohli's performance is pretty impressive at home. In 9 matches at home, Kohli has scored 843 runs at an average of 70.25, including 3 centuries and 2 half-centuries. He has two Man of the Match and one Man of the Series awards to his name.

Kohli, who is leading India for the first time in a bilateral series against England in England, hasn't been that impressive while playing on English soil.

The last time India toured England was in 2014 under the leadership of Mahendra Singh Dhoni. Kohli played all the five matches in 2014 but managed just 134 runs in the series at an average of 13.40. There were two occasions when Kohli departed on ducks.

The Indian side lost the five-match Test series 3-1 after the first match ended in a draw.

Apart from England, Kohli has magnificent away records against Australia, South Africa and New Zealand.

The Indian captain has played eight away matches against Australia and scored 992 runs at an average of 62.00. He has five centuries to his name on Australian soil.

Kohli has played five matches on South African soil, scoring 558 runs at an average of 55.80, including two centuries.

In two matches he has played against New Zealand in New Zealand, Kohli has managed 214 runs at an average of 71.33, including one century.