Virat Kohli Is Behind Bhuvneshwar Kumar In Batting Record In England

Bhuvneshwar Kumar pipped Virat Kohli in batting aggregate and average during the 2014 tour to England. 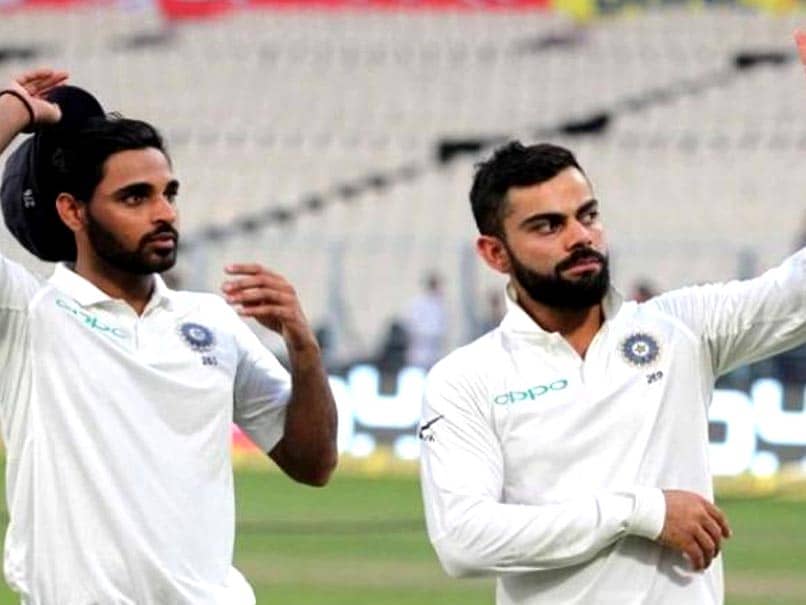 Virat Kohli is leading India for the first time in a bilateral series against England in England.© BCCI

Virat Kohli is a prolific run-scorer. When he is in form, no bowling attack can stop the Indian captain. Be it home series or away tours, Virat Kohli has impressed his fans with his batting prowess. Kohli is leading India for the first time in a bilateral series against England in England and the Indian skipper's record on England soil in not that impressive. It is strange to read but India medium-pacer Bhuvneshwar Kumar has better Test batting record in England than Virat Kohli.

The last time India toured England was in 2014 under the leadership of Mahendra Singh Dhoni. The Indian side lost the five-match Test series 3-1 after the first match ended in a draw.

Kohli played all the five matches in 2014 but managed just 134 runs in the series at an average of 13.40. There were two occasions when Kohli departed on duck.

In the same series, India tail-ender Bhuvneshwar scored 247 runs at an average of 27.44, including three half-centuries.

In two matches, Mishra had scored 153 runs at an average of 38.25. He scored one half-century in the series.

Apart from England, Kohli has impressive away records against Australia, South Africa and New Zealand.

The Indian captain has played eight away matches against Australia and scored 992 runs at an average of 62.00. He has five centuries to his name on Australian soil.

Kohli has played five matches on South African soil, scoring 558 runs at an average of 55.80, including two centuries.

In two matches he has played against New Zealand in New Zealand, Kohli has managed 214 runs at an average of 71.33, including one century.

With the five-match series against England is all set to kick off on Wednesday at Edgbaston cricket ground in Birmingham, Kohli will look to improve on his record on English soil.

Bhuvneshwar Kumar Edgbaston, Birmingham Cricket England vs India, 2018
Get the latest updates on IPL 2020, check out the IPL Schedule for 2020 and Indian Premier League (IPL) Cricket live score . Like us on Facebook or follow us on Twitter for more sports updates. You can also download the NDTV Cricket app for Android or iOS.