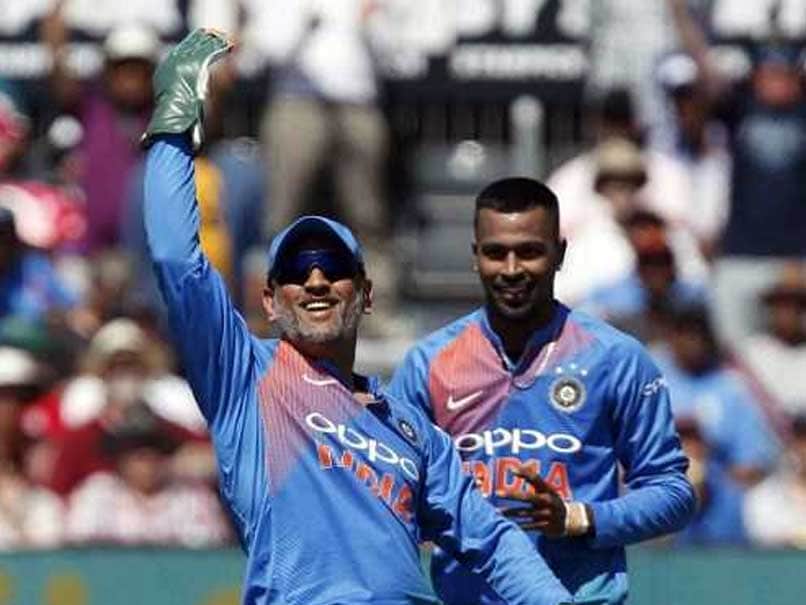 MS Dhoni on Sunday registered two unique records as a wicketkeeper in Twenty20 Internationals (T20Is). During the India vs England 3rd T20I match at County Ground, Bristol, MS Dhoni became the first wicketkeeper to take 50 catches in T20Is. Not just that moments later, the former India captain also became the first wicketkeeper to take five catches in a single T20I match. Dhoni took the catch of Jason Roy (67) to complete his half-century of catches. Following that Dhoni took the catches of Alex Hales (30), England captain Eoin Morgan (6), Jonny Bairstow (25) and Liam Plunkett (9) to make it five catches in a single T20I.

Dhoni had in the first T20I against England, surpassed Kamran Akmal of Pakistan to lead the list of most number of stumpings (33) in T20Is. He took 91 matches to get on top of the tally.

With his total dismissal being 87 (54 catches + 33 stumpings), Dhoni leads the list of most dismissals. The 37-year-old wicketkeeper-batsman is well ahead of Akmal (60), Mohammad Shahzad of Afghanistan (54) and Dinesh Ramdin of the West Indies (53).

Not just the shortest format of the game, Dhoni also sits atop the list of most stumpings in ODIs as well. The Ranchi stalwart has affected 107 stumpings. Sri Lanka great Kumara Sangakkara is second in the list with 99 stumpings.

Dhoni, who made his India debut back in 2004, became the third Indian cricketer during the 2nd T20I vs Engalnd to play 500 international matches. The other two to do so are Rahul Dravid (664) and Sachin Tendulkar (509).

Dhoni is the only captain in the history of cricket to win three ICC trophies. India first lifted the inaugural World T20 in 2007 under his captaincy and then won the ICC World Cup 2011. Following that India lifted the Champions Trophy in 2013.

MS Dhoni England vs India, 2018 England vs India, 3rd T20I Cricket
Get the latest updates on SA vs IND 2021-22, check out the Schedule and Live Score . Like us on Facebook or follow us on Twitter for more sports updates. You can also download the NDTV Cricket app for Android or iOS.