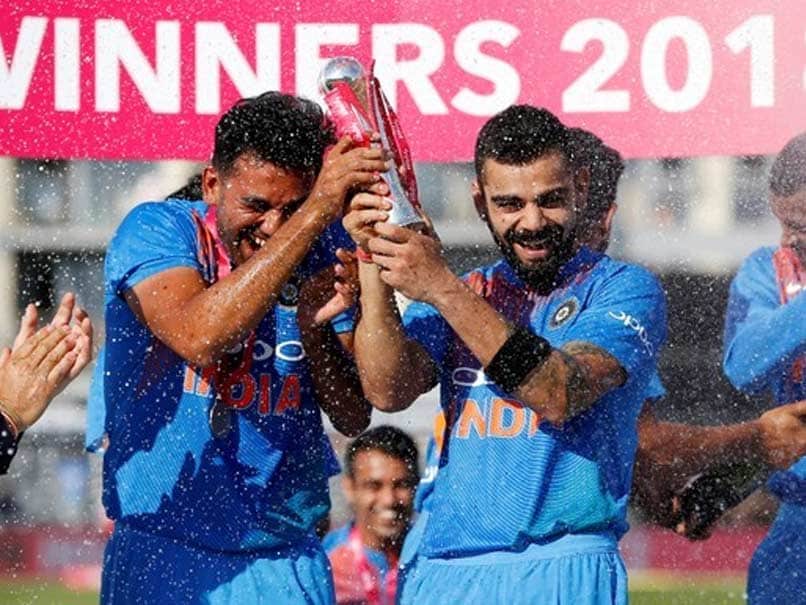 India rode on Rohit Sharma's unbeaten 56-ball 100 to beat England by seven wickets in the third and final T20I at the County Ground, Bristol. By virtue of this win, India not only clinched the three-match T20I series 2-1 but also recorded their sixth consecutive T20I series win. Impressed with his team's performance, India captain Virat Kohli credited his team's all-round performance and mentioned that they enjoyed themselves as batsmen. Meanwhile, the Indian captain remarked that a series win at the start of the England tour feels great.

"You saw the kind of energy and attitude we had on the field. Feels great to have a series win at the start of the tour," Kohli said.

Such a great feeling to have played with such talented team mates and win the series in a great style. Time to celebrate now! #EngvInd #Champions pic.twitter.com/nfDL7qiPkj

Talking about how the Indian bowlers restricted the flamboyant English batsmen Kohli said, "The comeback from the bowlers was outstanding. At one stage we thought they'd end up getting 225-230 which would've been tough. But the character they showed, that's something we're very proud of."

"Just hit our areas better I guess (in the second ten overs). We have the quality to bowl wicket-taking deliveries as well. Applied decent pressure on the batsmen and pulled the game back nicely. 25-30 runs in this format can be massive," Kohli further added.

Hardik Pandya, who returned with figures of 4/38, received special praise from his captain.

"Pandya is a really good all-round cricketer. He's confident with his skills with bat and ball. He's sure of what he wants to do. With the ball, the way he picked up those wickets after getting hit for boundaries and sixes. His all-round performance was standout today," Kohli said.

Virat Kohli Cricket England vs India, 2018 England vs India, 3rd T20I BCCI
Get the latest updates on IND vs NZ 2021, check out the Schedule and Live Score . Like us on Facebook or follow us on Twitter for more sports updates. You can also download the NDTV Cricket app for Android or iOS.