Cricketing fans were not too happy with the decision of dropping KL Rahul in the third and final ODI against England. 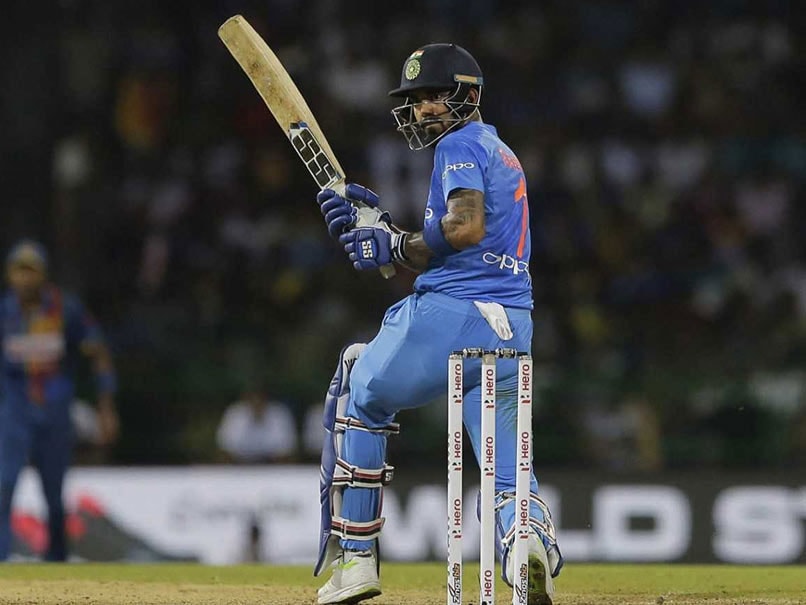 KL Rahul was not included India's playing XI in the 3rd ODI vs England.© PTI

KL Rahul was a surprise omission from India's playing XI against England in the third and final ODI at Headingley, Leeds and cricketing fans were not too happy with the decision. Virat Kohli announced his decision during the toss, which England won and chose to field. Dinesh Karthik was included in the team in place of KL Rahul. Apart from this, Bhuvneshwar Kumar and Shardul Thakur replaced Umesh Yadav and Siddarth Kaul. Following the decision, fans took to Twitter to slam the decision to leave KL Rahul out. "Again silly selection from Virat..why he is not giving kl Rahul enough chances..if he want to include DK then Dhoni should have been dropped.. dropping match winner and keeping match looser..just Kohli can do this," tweeted a user.

Again silly selection from Virat..why he is not giving kl Rahul enough chances..if he want to include DK then Dhoni should have been dropped.. dropping match winner and keeping match looser..just Kohli can do this..

First make KL Rahul to bat at no 4 and then expect him to flop one match and yay! tatical change worked #INDvENG #ENGvsIND while Rohit Sharma gets 25 chances to get a good personnel score. Hypocrisy at its best.

No KL Rahul is a joke. At this rate, India will never find their no. 4 in ODI cricket. Karthik should have replaced Raina.#rahul#KLRahul

Dropping KL Rahul is a joke of a decision. His effort is seamless when he bats. He can play in all formats for India long term but needs a run in the team to give him the confidence #india #indiaengland #odi #decider

Hahahahahaha Raina retained but KL Rahul dropped. Shocker in. Kohli and Shastri are pretty much the only guys who can stop India from winning the World Cup. Hopefully they deliver at the main event too.

Two players who are the permanent scapegoats regardless of how the entire team performs on a given day are Shikhar Dhawan in test and KL Rahul in ODI,very unfortunate but true. #ENGvIND

Talking about the necessary changes in the team, the Indian captain said, "DK was a tactical change and the other two because they haven't got a game yet. Karthik has done well in that spot and we wanted a guy in the middle overs who can be versatile and improvise a little. If you're playing against the No.1 ODI side in the world, you expect them to have a good day and play better than you in all discipline."

In the recently-concluded 3-match T20I series against England, KL Rahul scored a total of 126 runs, including a sensational unbeaten 101 off 54 balls in the first T20I.

In the first ODI he scored only nine runs off 18 balls as Rohit Sharma (137) single-handedly powered India to a victory. In the second ODI, which England won, he was dismissed for a duck.

In the pre-match conference on Monday, batting coach Sanjay Bangar had said that they have work to do deciding their middle-order for next year's World Cup in England.

"Going forward, there's still 16, 17 games to go (until the World Cup), we are looking at the games remaining where we could look at settling the middle-order slots," Bangar said.

Virat Kohli England vs India, 2018 Cricket England vs India, 3rd ODI
Get the latest updates on IND vs NZ 2021, check out the Schedule and Live Score . Like us on Facebook or follow us on Twitter for more sports updates. You can also download the NDTV Cricket app for Android or iOS.