Chasing 245 runs for victory, India were bowled out for 184 in the fourth Test in Southampton. 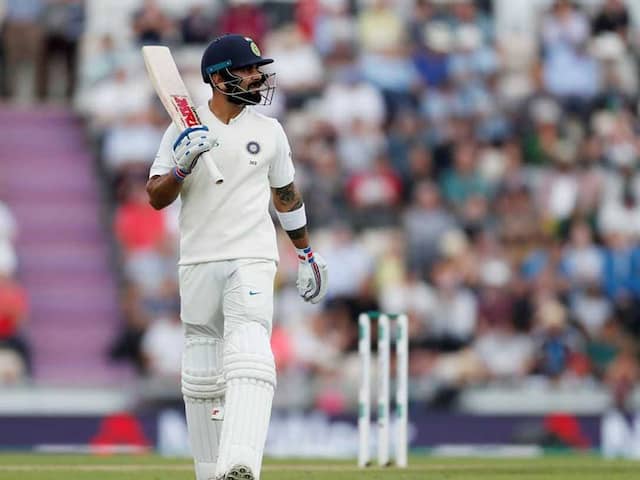 India captain Virat Kohli felt that England were "braver in tough situations" compared to India which was the difference between the two sides in the fourth Test at The Rose Bowl in Southampton which the home team won by 60 runs to clinch the five-Test series 3-1. Chasing 245 runs for victory, India were bowled out for 184. "They were braver in tough situations than us. Those contributions from lower-order have been significant," Kohli said at the post-match presentation. The Indian skipper termed Sam Curran as a find for England in the ongoing series while maintaining that the series has been more closely fought than the scoreline would suggest.

"Joe (Root) was saying, it might not look like it but it has been a competitive series. We will not throw in the towel, we will come out with same intensity at The Oval," the Indian captain said

Kohli gave the home team credit for setting up a tough target of 245.

"I thought England did well to give us that target. They batted well in third innings. Seeing how the pitch was, how the ball was turning, they applied themselves. Don't think we made too many mistakes today but credit to them."

Kohli denied that he and Ajinkya Rahane felt the pressure during their century partnership that one wicket might lead to collapse.

"We never thought like that (of an impending collapse). Usually with a big partnership you're always in the chase. But we were always under the pump. The pressure was non-stop," Kohli said.

But he did admit that his dismissal in both the innings was a factor in India's fortunes.

"I thought about my dismissal as well in the first innings, if I had carried on we would've got a larger lead. Nothing to take away from Pujara. He played so well to get us that lead."

Despite most of his batsmen having failed in this Test and bowlers were unable to wipe the tail out in both innings, Kohli didn't find too many negatives with the performance.

"There were not many negatives for us from this game. We need to focus on the positives. We have to take heart going into the final Test."

Virat Kohli England vs India, 2018 Cricket
Get the latest updates on IPL 2020, check out the IPL Schedule for 2020 and Indian Premier League (IPL) Cricket live score . Like us on Facebook or follow us on Twitter for more sports updates. You can also download the NDTV Cricket app for Android or iOS.