Cheteshwar Pujara and Virat Kohli have added just 315 runs in 16 innings between them as India suffered a massive loss at Manchester to give England a 2-1 lead in the five-match series. 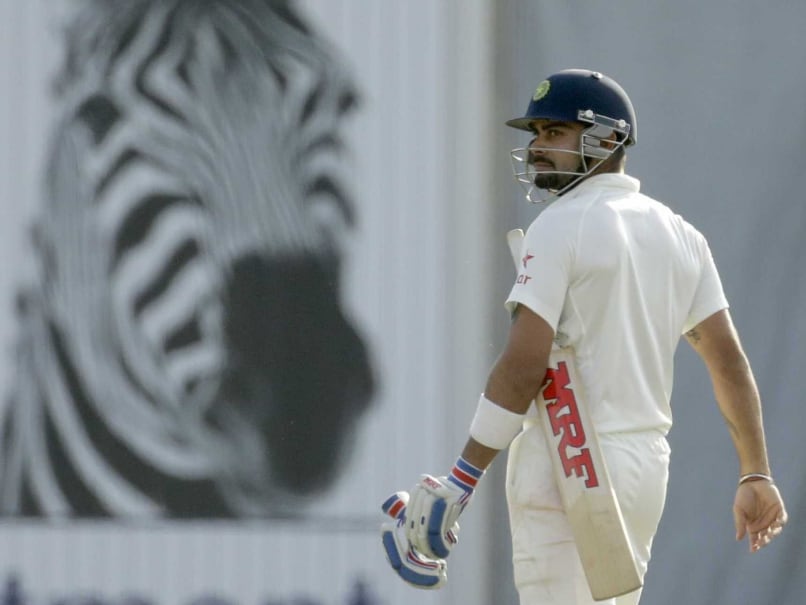 Following the meek surrender at Manchester that saw India being bowled out in 43 overs, skipper Mahendra Singh Dhoni was out of excuses for the failure of his top-order batsmen. The highly-anticipated duo of Cheteshwar Pujara and Virat Kohli has drawn blanks in the series so far.Â  A total of 315 runs from 16 innings between the two coupled with misfiring openers have led to India's downward spiral since the Lord's victory.

Talking about Pujara's non-performance in the series so far, Dhoni defended him during the post-match presentation, saying, "Consistently, we are exposing Pujara to the new ball, our openers are not getting partnerships." While it is true that inconsistency on the part of the openers -- Shikhar Dhawan, Gautam Gambhir and to an extent even Murali Vijay, has added to Pujara's pressure, but as the No.3 batsman in the line-up, his technique and approach have been found wanting on a couple of occasions in the series.

Pujara was unlucky to have been adjudged leg before the wicket to a spinning delivery from Moeen Ali that would have gone beyond the top of leg stump in the second innings but it was his first innings dismissal that raised concerns. (Comprehensive Manchester Win Pleases Cook)

The Saurashtra batsman walked in with the score on 8/1 and was stranded at the non-strikers' end by the time two more wickets fell without further trouble to the scorers. Yet, just three balls after Kohli had edged a length delivery to Alastair Cook at first slip, Pujara attempted an expansive drive on a slightly wide delivery from Stuart Broad and paid the price forÂ  playing away from the body.

A thick outside edge was finely taken by Chris Jordan and Pujara joined the Indian procession. Pujara's foot movement throughout the series so far has been a bit tentative and that proved fatal even when he was well set in the second innings at Lord's. With 43 runs to his name, Pujara fell to a length ball from Liam Plunkett by reaching out to it and edging it through to the wicketkeeper. At the Rose Bowl, it was 'part-timer' Ali who drew Pujara forward and induced an edge to the slips. 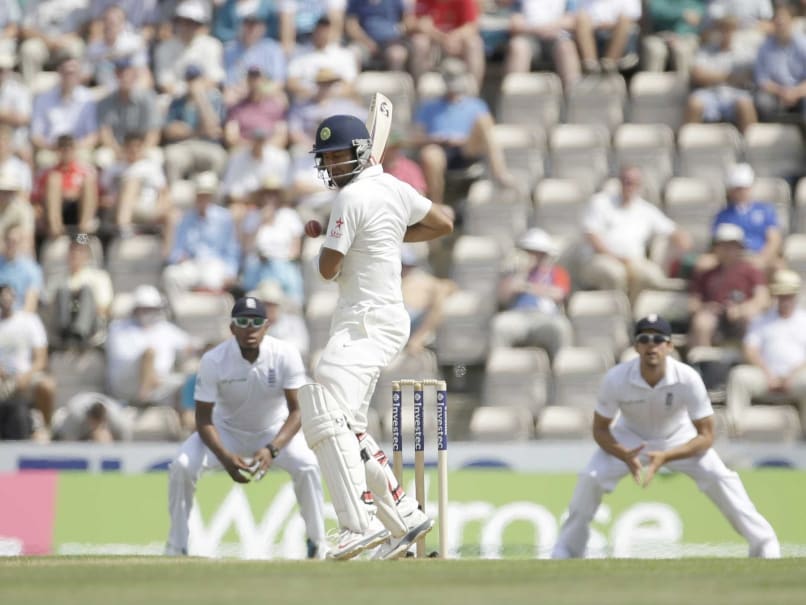 Pujara has been badly found out in England, after good tours of South Africa and New Zealand.

Kohli has also struggled to counter the length deliveries just outside the off-stump. Not very long ago in South Africa, India's number four displayed great maturity in letting most of such deliveries go to the wicketkeeper and played the rest on their merit. The resultÂ  was 272 runs in four innings. In England, he has 107 in eight at a woeful average of 13.50. Â

On English tracks, where the ball has travelled a few yards quicker and has shown a bit of extra movement as compared to the South African pitches, Kohli has struggled to avoid half-hearted pokes at deliveries outside the off-stump. He got off to starts in both the innings at Southampton but was stopped on his tracks, first by Anderson and then by Ali.

Even in India's victory at Lord's, Kohli threw away a good start. On all three occasions, the outside edge proved to be his Achilles' heel, one that was spotted and completely exploited by the hosts.

Both Pujara and Kohli have been overcome by chinks in their technical armour but it is perhaps too early to suggest that the writing is on the wall for them.Â  Yet, for India to save the series at the Oval, there is a desperate need for these two men to address their dwindling form, return to the drawing board and iron out some glaring flaws before taking the field on August 15 for the fifth and final Test.

Comments
Topics mentioned in this article
Eng vs Ind, 2014 Virat Kohli Cheteshwar Pujara India Cricket Team England Cricket Team Old Trafford, Manchester Cricket
Get the latest updates on ICC T20 Worldcup 2022 and CWG 2022 check out the Schedule, Live Score and Medals Tally. Like us on Facebook or follow us on Twitter for more sports updates. You can also download the NDTV Cricket app for Android or iOS.