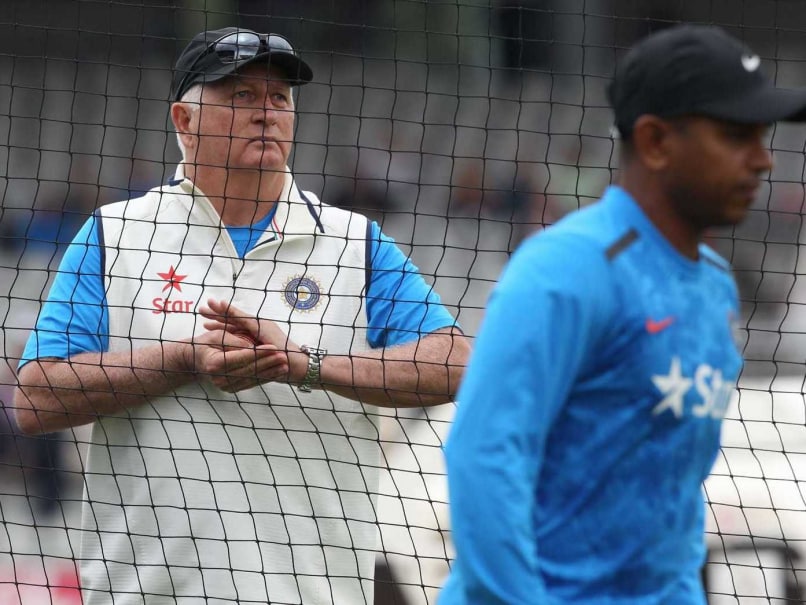 "This was embarrassing," the 76-year-old Engineer, who played 46 Tests from 1961-1975, told BBC Radio Five on Sunday. "India shot themselves in the foot right from the moment they decided to bat on a green top surface," added Engineer, who spent several seasons at Old Trafford playing for the successful Lancashire side of the 1970s. (England should go for the kill in 5th Test: Boycott)

And he said Fletcher, a former England coach, ought to have told India captain Mahendra Singh Dhoni to field first, rather than bat. "Fletcher is very, very highly paid, surely he can read the pitch and advise Dhoni accordingly?." ('N Srinivasan has made India a laughing stock with Pushgate')

India, after Dhoni won the toss and batted, collapsed to eight for four inside six overs on Thursday. (Alastair Cook & Co. upbeat ahead of fifth Test)

They then lost nine second-innings wickets after tea on Saturday as England won with more than two days to spare to go 2-1 up in the five-Test series ahead of next week's finale at The Oval. (India's Manchester Test defeat bizarre: Rahul Dravid)

It was the first time England had won a Test against India inside three days since a 132-run victory at Birmingham's Edgbaston ground back in 1967 - a match in which Engineer played. (Alastair Cook admits he was running out of chances)

"There was no backbone shown by India," said Engineer as he reflected on Saturday's loss. "India played without any care or passion, like having a Saturday afternoon slog." (James Anderson: The warrior who emerged stronger after Jadeja row)

Meanwhile, Engineer also criticised the Board of Control for Cricket in India's ongoing opposition to the use of the Decision Review System (DRS) in matches involving their national side. (Virat Kohli hits worst patch in Tests as Dhoni's overseas record worsens)

"The DRS is absolutely haunting India because a lot of the decisions have gone against them. "I don't know when they'll open their eyes and wake up. They've got to embrace DRS," Engineer insisted. "The ICC (International Cricket Council) are just not firm enough, can they not put pressure on India? All the other countries have agreed to it, why can't you?"

India can still level the series at The Oval in south London, where the fifth Test starts on Friday, but will need a vastly improved display from their struggling batsmen. In particular they will hope that the highly-rated Virat Kohli, who has scored only 108 runs in the series at an average of 13.5, finds his form.

"There is only a bit of pride to play for because they've been humiliated. I dare not see the papers in India, they must be so critical, and rightly so," Engineer said. "Virat Kohli came here with a great reputation and has just not taken off, he has been out to silly deliveries."

"They showed no determination, the dismissals were soft, there were no great deliveries, England were just persistent," added Gavaskar, one of cricket's greatest opening batsmen.

Comments
Topics mentioned in this article
Duncan Andrew Gwynne Fletcher Eng vs Ind, 2014 Cricket
Get the latest updates on ICC T20 Worldcup 2022 and CWG 2022 check out the Schedule, Live Score and Medals Tally. Like us on Facebook or follow us on Twitter for more sports updates. You can also download the NDTV Cricket app for Android or iOS.