Former England coach Ashley Giles says he feels it is too late to sack Alastair Cook as ODI skipper as the World Cup is just five months away and it is important from a leadership point of view. 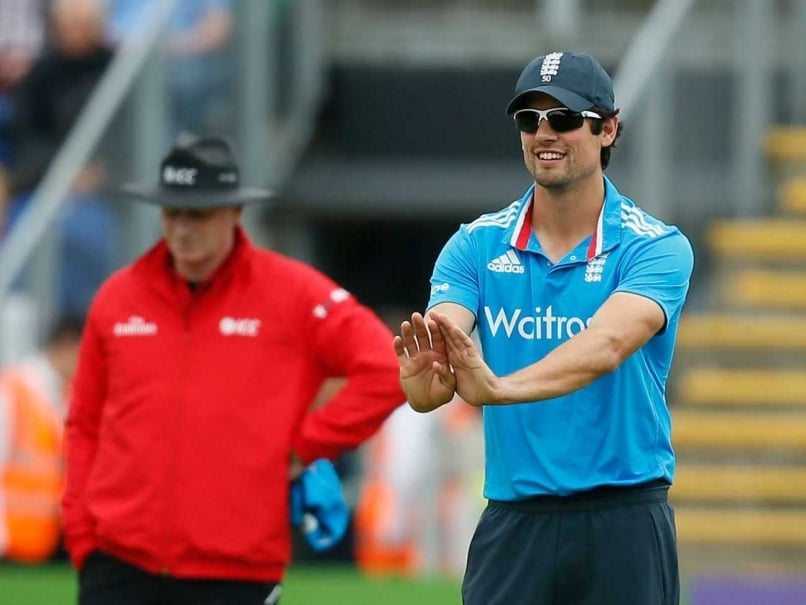 The clamour for his sacking as England's ODI captain has grown shrill after the debacle against India but former coach Ashley Giles feels it is too late to do this as the World Cup is just five months away. (Also Read: England Snatch Narrow T20 Win vs India)

"I'd keep him as captain because we're close to the World Cup. It's important from a leadership point of view," Giles told 'BBC Radio 5 live'.

England lost the recently-concluded ODI series against India 1-3 and Cook's future is a major talking point ahead of the seven 50-over matches against Sri Lanka in November and December.

Giles, who was England's ODI coach from 2012 to until earlier this year, said Cook's position could become "untenable" if another series is lost. (Read: Cook Says He Got No ODI Captaincy Assurance)

"The seven one-day games in Sri Lanka are so important," he said. (Pietersen Slams 'Selfish' Cook)

"Winning there is very difficult, so if the weight of pressure and the public opinion against Cook continues to rise then his position could become untenable by the end of that series."

Giles said Cook might have faced the axe as Test captain too had it not been for a couple of decent knocks against India before the ODI series.

"If (Ravindra) Jadeja had taken that catch at Southampton when Cook was on 15 we might already have a new captain - but it's too late to change it now," said Giles. (Related: Cook Ponders England One-Day Questions)

"Cook deserves a bit of time but he's not playing well -he's just beating the ball up; he's not caressing it, not timing it. He could use his feet more and be a bit more pro-active and that is the Alastair Cook I have seen play well in one-day cricket." (Also Read: Cook Should Avoid ODIs to Focus on Regaining Ashes, Says Swann)

Comments
Topics mentioned in this article
Alastair Cook Ashley Giles England Cricket Team Eng vs Ind, 2014 Cricket
Get the latest updates on IND vs NZ 2021, check out the Schedule and Live Score . Like us on Facebook or follow us on Twitter for more sports updates. You can also download the NDTV Cricket app for Android or iOS.