India need a hero to emerge on this tour of crisis in England. Can MS Dhoni's men learn from some of the past greats or perhaps Stuart Broad himself? 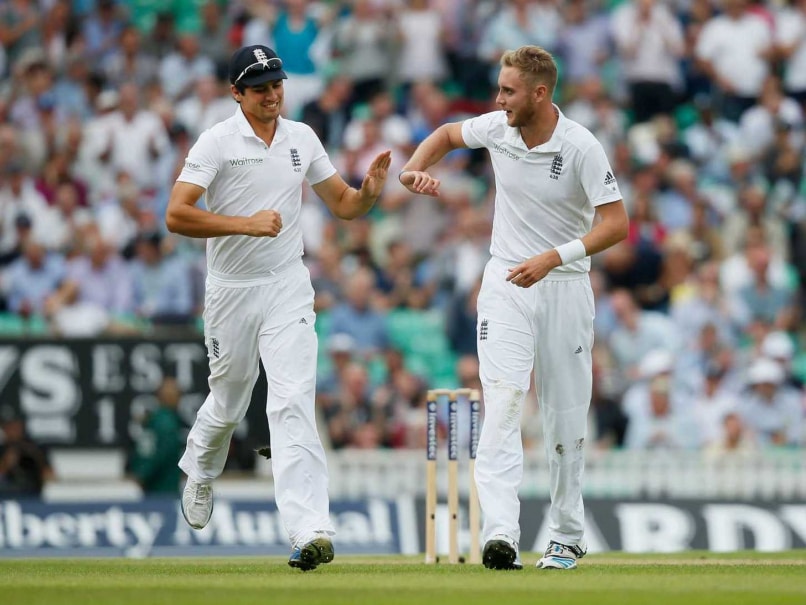 The stories of nasty bouncers from Harold Larwood, John Snow and Charlie Griffith have been handed down generations to me. They are the fairytales that every child born into a cricket-crazy family is fed on. (Day 1 Report | Scorecard | Highlights)

But what has always got me transfixed are the tales of Knights in whites who have stood up against all odds- physical, mental, situational and won more often than not. My earliest memory of Stuart Broad is of him being struck for six sixes by Yuvraj Singh in the World T20 in 2007. Seven years later, at The Oval, he has become a cynosure, having come out with a bloody eye. Some called him a cross between Kung Fu Panda and Clockwork Orange while others preferred a comparison with Voldemort. It does not matter whether he rocks India's boat at The Oval or not, the sheer display of courage in bowling at the Indians is laudable.

That said one of the telling pictures in my mind is of Anil Kumble bowling with a bandage in Antigua in 2002. He was hit by Mervyn Dillon and he spat blood but continued to bat. On his return to the pavilion, he was diagnosed with a fractured jaw and was ruled out of the rest of the tour. Kumble waited for the return flight but not on the sidelines. He continued to bowl with a bandaged jaw for 14 overs and even trapped Brian Lara leg before.

But one of my favourite stories of courage almost coincided with me starting to fall in love with the game. It was Sachin Tendulkar's maiden Test tour. Wasim Akram and Waqar Younis, arguably two of the best fast bowlers the world had seen, were in their prime. India were 38/4 when a 16-year-old boy from Mumbai walked out to join Navjot Sidhu in the middle and was immediately hit on the nose by a steep bouncer from Waqar. Sidhu asked him to leave but Sachin, in his soft yet determined voice said: ' main khelega' . And he went onto play for the next 24 years.

Another modern day story of courage; Shivnaraine Chanderpaul was batting against the West Indies in Sabina Park in 2008 when a Brett Lee bouncer left him unconscious. Chanderpaul got up, dusted himself and went on to score 118.

Cricket is a non-contact sport, thereby deemed a safe one. But there are many instances of players taking heavy blows. However, rare are the instances when tales of torment are translated into stories of triumph. The men who have stood up against all odds are the real heroes.

India are in need of a few such heroes on this hour of crisis. It says that crisis brings out the best in a man. Perhaps, it is time for India to take a leaf out of Broad's book on the importance of being earnest.

Comments
Topics mentioned in this article
England Cricket Team India Cricket Team Stuart Broad Eng vs Ind, 2014 Cricket
Get the latest updates on ICC T20 Worldcup 2022 and CWG 2022 check out the Schedule, Live Score and Medals Tally. Like us on Facebook or follow us on Twitter for more sports updates. You can also download the NDTV Cricket app for Android or iOS.