Mahendra Singh Dhoni and the BCCI seem to be on collision course over the India captain's comments on head coach Duncan Fletcher's future after the Board had sent strong signals that the Zimbabwean could be on his way out. 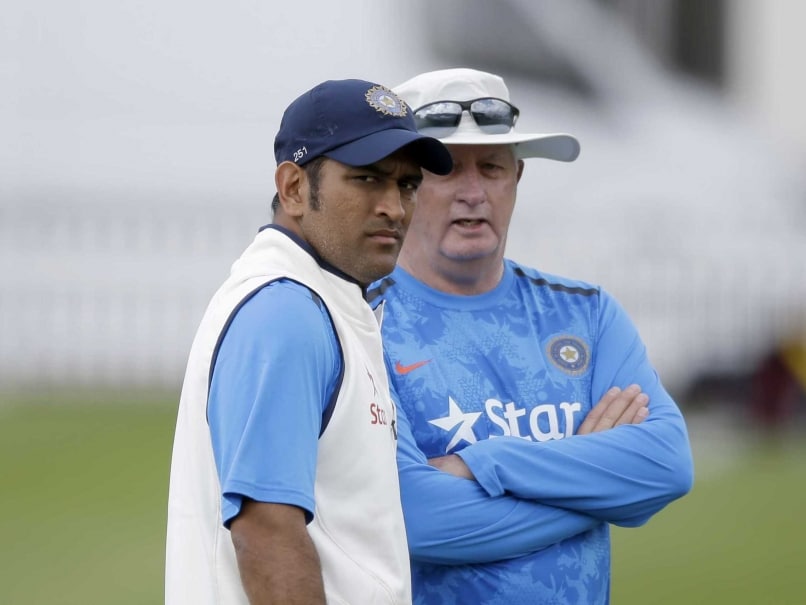 Dhoni backed Fletcher to guide India till the 2015 World Cup. The Board was 'hurt'.© AP

In 2013, ahead of the ICC Champions Trophy in England, Indian skipper Mahendra Singh Dhoni faced a tirade of uncomfortable questions from the media. The IPL spot-fixing and betting controversy had snowballed into a monster, with the likes of BCCI president N Srinivasan's son-in-law and Chennai Super Kings' team owner Gurunath Meiyappan allegedly involved in betting. Three cricketers including speedster S Sreesanth, who was an active part of Dhoni's World Cup winning squad in 2011, were also charged with spot-fixing and the Indian fan was perhaps starting to doubt the credibility of the sport in the country.

Facing massive odds, Dhoni remained calm and steadfastly refused to reply to any queries pertaining to the controversy. Dhoni himself was in the news for conflict of interest. But his silence swept the IPL row under the carpet and India's triumph in the Champions Trophy gave a healing touch. Dhoni's unquestionable loyalty was well appreciated by both BCCI and Chennai Super Kings. A year later, the script has changed. Dhoni's open support for Duncan Fletcher has clearly ruffled BCCI feathers.

Ahead of the first ODI in Bristol on August 25, Dhoni clearly hinted that the BCCI's decision to appoint Ravi Shastri as team director for the ODIs versus England was unnecessary. Dhoni backed Fletcher to guide India till the 2015 World Cup. The Board was 'hurt'. Dhoni's words were taken as an act of defiance. A section of the BCCI reacted furiously, even saying: "Dhoni is no one to comment as to who is the boss of the team. It's not his domain."

After an abysmal showing in the Test series, which England convincingly won 3-1, the Board could have acted with caution rather than haste. The reshuffling of support staff, a team that Dhoni believes in, was bound to cause friction. Dhoni was probably trying to shield his side from further media censure and the Board should have taken the hint. Dhoni could have been dealt with 'silently' and with more respect.

It is impossible for administrators to read a cricketer's mind and emotions. Expressing anger in public forums can be counterproductive. Dhoni, after all remains India's best ODI captain. The sooner the BCCI douses this flame of 'ego', the better it will be for Indian cricket. This is a team in transition. It needs to be handled with care. The Cardiff victory on Wednesday can be start of happier times to come.

Comments
Topics mentioned in this article
MS Dhoni Eng vs Ind, 2014 BCCI Cricket
Get the latest updates on ICC T20 Worldcup 2022 and CWG 2022 check out the Schedule, Live Score and Medals Tally. Like us on Facebook or follow us on Twitter for more sports updates. You can also download the NDTV Cricket app for Android or iOS.