India in England: Five Reasons Why the Visitors Went Down Against the Hosts

India lost the series 3-1 to England despite taking a lead early on. They won the second Test at Lord's before losing at Southampton, Old Trafford and The Oval in successive games. 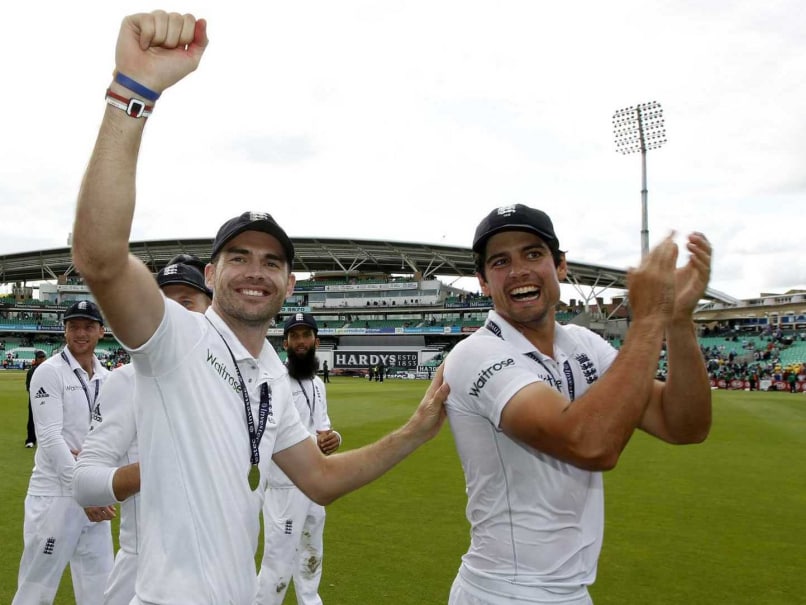 James Anderson and Alastair Cook are all smiles as they celebrate England's win over India at The Oval on August 17, 2014,© AFP
London:

England came from behind to complete a 3-1 Test series win over India with a crushing innings and 244-run victory inside three days at The Oval on Sunday.

India were founding in all departments. While there were many reasons for such a big loss, below are the five key factors why England got the better of the tourists:

1. Runs on the board

To win a Test a team must take 20 wickets, but bowlers need runs to play with. India were dismissed for under 200 five times in a row. Since they made 178 in the second innings of England's 266-run third Test win at Southampton, they were skittled out for scores of 152, 161, 148 and, on Sunday, 94. Not even a team with an all-time great bowling attack could do much in those circumstances. (Alastair Cook Lauds England Character After Crushing Win Over India)

India pushed for five Tests in 42 days without any tour matches in between and paid the price, both in lack of practice and an injury to fast bowler Ishant Sharma that ruled the star of their second Test win at Lord's out of the next two matches. (England Improve Domination Over India With Thumping Series Win)

It is unfair to pin a series on a single incident but if one moment did change the course of the campaign it was when Ravindra Jadeja dropped England captain Alastair Cook on 15 in the third Test at Southampton. Cook, who had been struggling, went on to make 95 and England won by 266 runs. (India's Test Defeat Will be Swept Under the Carpet, Laments Gavaskar)

India's ongoing opposition to the Decision Review System did them few favours. At Southampton, Pankaj Singh produced a wonderful, swinging delivery to Ian Bell when the England batsman was on nought. But the umpire said not out and there was no way for India to challenge the decision. Bell went on to make 167 and the unlucky Singh returned the worst wicket-less figures by a Test debutant. (England Crush India)

It is often said that India batsmen are fine players of spin but such is the glut of one-day cricket faced by their leading players they get increasingly less chance to face it at domestic first-class level. While the threat of home new-ball duo James Anderson and Stuart Broad was well-known to India, the fact England off-spinner Moeen Ali -- primarily a batsman -- took 19 wickets was something they had not foreseen. And even when he didn't bowl, as on the last day at The Oval, Ali starred with a run-out and the match-clinching catch. (How Divine Intervention Didn't Save India at The Oval)

Comments
Topics mentioned in this article
England Cricket Team India Cricket Team Eng vs Ind, 2014 Cricket
Get the latest updates on ICC T20 Worldcup 2022 and CWG 2022 check out the Schedule, Live Score and Medals Tally. Like us on Facebook or follow us on Twitter for more sports updates. You can also download the NDTV Cricket app for Android or iOS.