England Out to Stem Losing Tide Against India

England look to redeem themselves after losing the Ashes 5-0 and a 1-0 defeat at home to Sri Lanka, when they take on India in the first of five Tests starting on Wednesday on July 9. 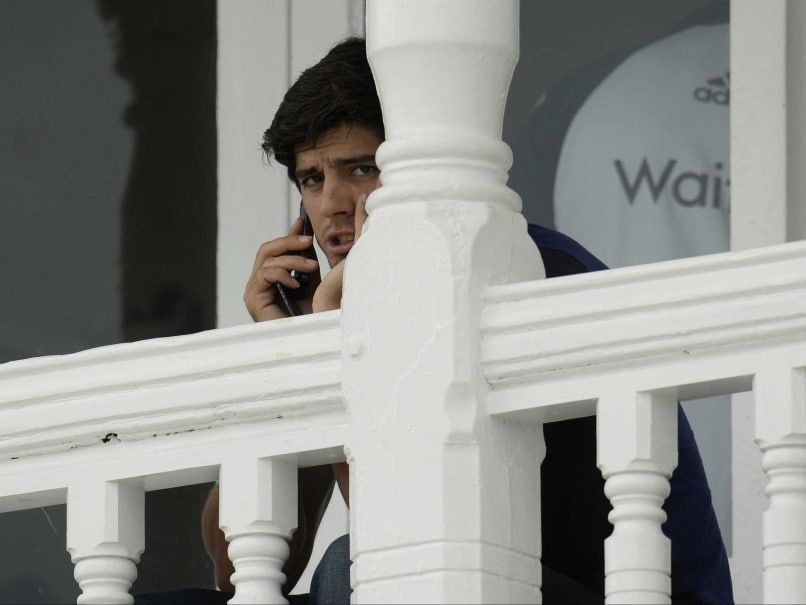 England's captain Alastair Cook talks on a phone while waiting for a training session before the first Test Against India at Trent Bridge.© Reuters
London:

England aim to avoid a third consecutive series defeat and ease the pressure on captain Alastair Cook when they host India in a five-Test series for the first time since 1959, starting in Nottingham on Wednesday.

Following the embarrassing 5-0 Ashes defeat in Australia at the start of the year, Andy Flower was replaced as coach by Peter Moores and controversial batsman Kevin Pietersen had his central contract terminated.

Hopes of a winning start to the new era were dashed on the penultimate ball of the second and final Test against Sri Lanka in Leeds last month, with James Anderson's late dismissal condemning England to a 1-0 series defeat. (India Look to Keep Cook on the Defensive)

That reverse has intensified the pressure on opening batsman Cook who has not reached three figures in 24 Test innings and publicly lashed out at one of his chief critics, former Australia great Shane Warne, last month.

Young Yorkshire batsman Joe Root though is backing England, who have not won any of their last eight Tests, to hit back. (England is Where I want to Excel: Kohli)

"We've got a lot to prove after what's just happened against Sri Lanka," Root told the England and Wales Cricket Board website (www.ecb.co.uk). (England, India Look to Rise in Rankings)

"We've got a hungry dressing room and everyone wants to prove a point and why not do it against the Indians? It would be a fantastic achievement.

"We all know we're going to have to play some seriously good cricket but we're more than capable of doing that."

Chris Jordan and Liam Plunkett also showed flashes of aggression with the ball while Root notched a double ton with the bat.

Ben Stokes has been recalled to a 13-man squad that features six fast bowling options, an acknowledgement perhaps that Anderson and Stuart Broad appeared leg weary at times againstSri Lanka.

"We've got a great record here as an England side," said Broad. "We've got a few guys who haven't played a lot of cricket at Trent Bridge but we've got a lot of guys, like Jimmy Anderson, whose bowling record here is phenomenal.

"I think Ian Bell has scored nearly 500 runs in his last four innings here so there's a lot of confidence from the guys who have played here. (Kohli, Pujara Key for India in England)

"But the most confidence comes from winning and I think we've won five of our last tests here," said Broad. (Broad Ready to Take on India)

India are also attempting to return to winning ways, having lost their last two series in South Africaand New Zealand 1-0.

Their 2011 trip to England ended in a 4-0 whitewash defeat but following the retirement of greats like Sachin Tendulkar and Rahul Dravid, now a mentor to the national team, there is a fresh look to the side.

Only one bowler, Ishant Sharma, has previously played a test in England.

The lanky right-armer will be expected to lead by example alongside the less-experiencedBhuvneshwar Kumar and Mohammed Shami, who have a dozen caps between them, with the seamers likely to be the main wicket-taking threat on pitches unlikely to help the spinners.

In Virat Kohli, India have one of the most stylish batsmen of this generation who, at 25, is already a leader in the squad, while number three Cheteshwar Pujara averages close to 60 and spent three valuable hours at the crease in a warm-up match against Derbyshire.

"As far as our team is concerned we've prepared really well," said Kohli. "We have some disciplines and some ideas in mind that we want to execute when we're on the field."

The five-test series will be played without the aid of the decision review system, with India again refusing to agree to its use.

Comments
Topics mentioned in this article
Eng vs Ind, 2014 England Cricket Team India Cricket Team Cricket
Get the latest updates on ICC Women's Cricket World Cup 2022 and IPL 2022, check out the Schedule , Live Score and IPL Points Table. Like us on Facebook or follow us on Twitter for more sports updates. You can also download the NDTV Cricket app for Android or iOS.