Ajinkya Rahane made his way into the Lord's honours board with a classy century under immense pressure on a green-top wicket. The English experience will establish Rahane's utility in a transitional Indian Test side. 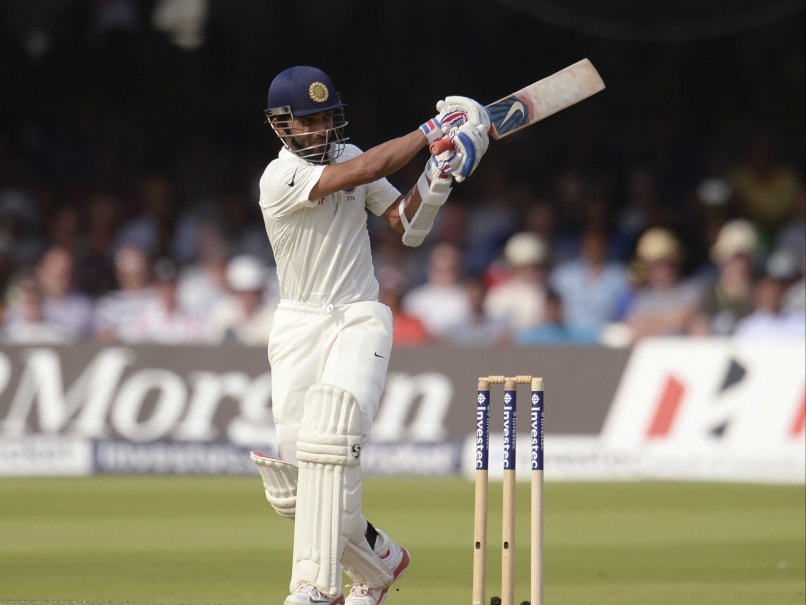 India's Ajinkya Rahane said the Lord's pitch was an inspiration for the Indian bowlers too.© Reuters

Is India's poor reputation on greentops a myth? There will always be two schools of thought but on a lively Lord's track, India found themselves a pleasing protagonist in their number five batsman Ajinkya Rahane. With a classy knock of 103, Rahane orchestrated India's rescue mission and became only the second Indian batsman to score a first-innings century at Lord's (after Sourav Ganguly's on debut in 1996).

The post-lunch session on day 1 turned out to be catastrophic for the visitors as some of their best batsmen were exposed against quality seam bowling. Having weathered the storm in the first session, largely thanks to England's failure to bowl in the right areas, India began to crumble in the second passage of play. Virat Kohli was squared up by an excellent delivery from James Anderson and Ben Stokes found a gaping hole in Cheteshwar Pujara's defence, following which, MS Dhoni, Ravindra Jadeja and Stuart Binny were dismissed in quick succession. (Also read: Rahane joins Ganguly club)

Just when the English quicks discovered the hidden spring in their steps, out walked Rahane to pull India out of what seemed like a wreckage. Rahane's knock saw a seamless transition from early toil and negotiation to admirable fluency, fully deserving of a place in the Lord's honours board. Rahane unleashed crisp drives through covers and straight down the ground and flicked deliveries through mid-wicket and fine leg with excellent precision. (Also read: Stokes praises Rahane)

Once he got his eye in, Rahane displayed great confidence in every shot he played. England bowlers were running out of steam and skipper Alastair Cook was out of ideas as Rahane put on a 90-run stand with Bhuvneshwar Kumar (36) for the eighth wicket to successfully pull India out of their misery. (Scorecard)

England threw everything at the small-framed batsmen but nothing seemed to deter his resolve. Neither the introduction of spin nor the ploy of bowling from round the wicket with close-in fielders on the leg side served England's purpose.

Â Towards the end of the final session, when Rahane accelerated for a brief period to race away to his first century at Lord's, it marked his entry into the prestigious Lord's honours board and signified the fact that the hosts had let the advantage slip away to a man with a lot of grit, determination and unmistakable technique.

Before the start of this Test, there were a few question marks over his place in the side, despite his recent batting efforts in New Zealand (118 in Wellington) and South Africa (51 not out and 96 in Durban). With his latest success at Lord's, he seems to have put the doubters to rest and sealed his spot in the side for a long time to come.

Comments
Topics mentioned in this article
Eng vs Ind, 2014 Ajinkya Rahane India Cricket Team England Cricket Team Cricket
Get the latest updates on ICC T20 Worldcup 2022, check out the Schedule and Live Score. Like us on Facebook or follow us on Twitter for more sports updates. You can also download the NDTV Cricket app for Android or iOS.