Yuzvendra Chahal is part of India's ODI and T20I teams against Australia. The ODI series begin on November 27. Meanwhile, the T20I series start from December 4. 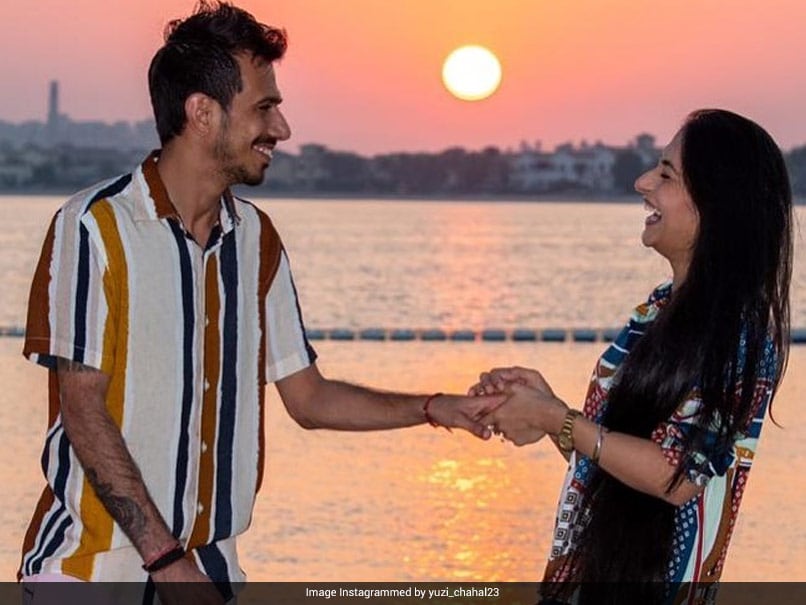 Currently in Australia for India's tour, Yuzvendra Chahal has been taking to social media frequently. He has been posting a lot of photos with his fiancee Dhanashree Verma, to show that he misses her. The couple are known for their super adorable posts on Instagram, with fans going gaga over them. The spinner was recently in United Arab Emirates (UAE) for the Indian Premier League (IPL) 2020, with Royal Challengers Bangalore (RCB). On Tuesday, he posted an adorable romantic photo once again, and this time as usual it was with his fiancee. He captioned it as, "I will walk with you and follow you till the end.."

In UAE, Chahal was in top form for RCB. Captain Virat Kohli usually used him as his trump card, and he grabbed 21 wickets from 15 fixtures, at an economy of 7.08. RCB ended the league phase in fourth spot, with seven wins and seven defeats. They lost to SunRisers Hyderabad (SRH) in the Eliminator.

Chahal is part of India's T20I and ODI squads. Skipper Kohli will depart for home after the first Test match, due to a paternity granted by the BCCI. He and his wife Anushka Sharma are expecting their first child in January 2021.

Yuzvendra Chahal Australia vs India 2020-21 Cricket
Get the latest updates on IPL Auction 2023 and check out  IPL 2023 and Live Cricket Score. Like us on Facebook or follow us on Twitter for more sports updates. You can also download the NDTV Cricket app for Android or iOS.