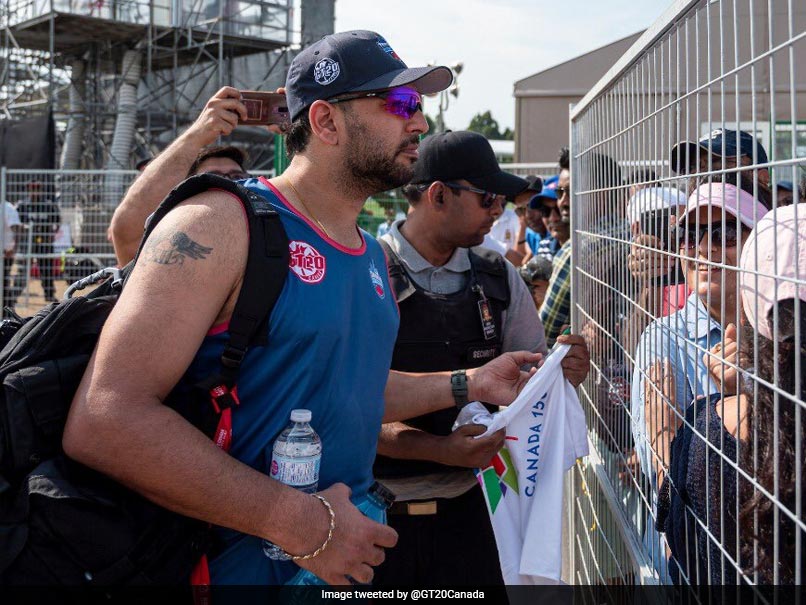 Yuvraj Singh, who recently announced his retirement from international cricket and the IPL, is currently leading the Toronto Nationals in the second edition of Global T20 Canada. A second-round match between Toronto Nationals and Montreal Tigers, led by Australia's George Bailey, was delayed by almost two hours after players protest. Both sides initially refused to take the bus at the scheduled departure time from the team hotel to the CAA Centre in Brampton. As per a report in ESPNcricinfo, it was a protest over unpaid wages.

The match between @MontrealTigers and @TorontoNational has been delayed due to technical reasons.

The game will now start at 2:30PM local time.

"The game between Montreal Tigers & Toronto Nationals on Wednesday, August 7th, 2019, was delayed due to procedural issues between the players, the GT20 league, and the franchise owners. All the stakeholders had a meeting and addressed the concerns," a press release from the organizers said.

"Global T20 Canada management is doing their best to popularise the game in North America and as a new entity in cricket, are bound to come across certain hurdles.

"On behalf of GT20 Canada, we sincerely thank all the stakeholders, players, and support staff for their constant support and confidence in us. We deeply regret the inconvenience caused to our sponsors, broadcasters, and millions of fans across the globe," the release added.

Global T20 Canada took to Twitter and added that the match had been "delayed due to technical reasons".

Bombay Sports Limited, the owners of the league, are also the organizers of the Euro T20 Slam, which is due to begin on August 30.

When the match started two hours later than the scheduled time, Toronto Nationals posted 189/5 in 20 overs and then restricted Montreal Tigers to 154 in 19.3 overs, thus winning the match by 35 runs and booked their place in the play-offs.