Yuvraj Singh revealed a hilarious suggestion sent to him by a fan that revealed how to solve batting problems. 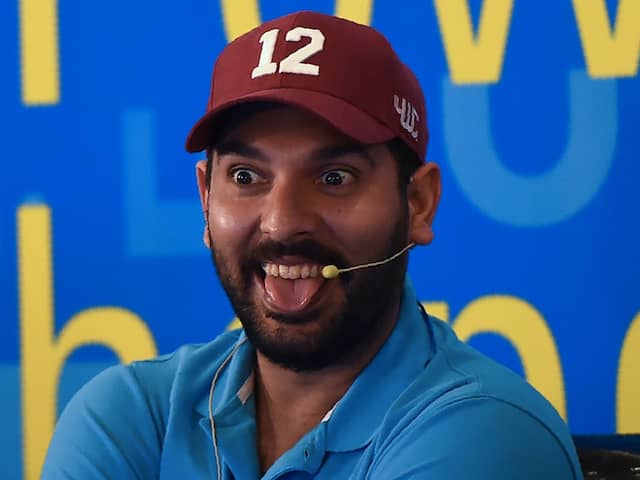 Yuvraj Singh, much like other current and former cricketers, is spending time at home amid the nationwide lockdown. The former India all-rounder took to Instagram to share a hilarious suggestion made by a fan to end batting problems. Yuvraj Singh shared an Instagram story where a fan can be seen standing with a poster, providing three options to end batting problems. "Call Yuvi, WhatsApp Yuvi and Wait for Yuvi jr," the fan had written on his poster. Yuvraj Singh shared the photo with a laughing emoji on his Instagram story. 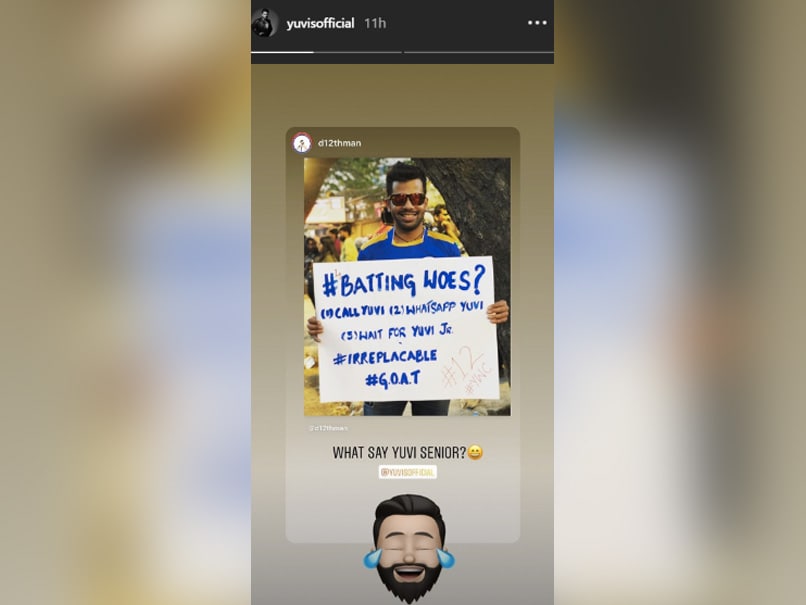 Yuvraj, after representing India for 17 years, announced his retirement from international cricket back in June last year

Recently, Yuvraj started the "keep it up" challenge among Indian cricketers by posting a video of himself on Instagram where he kept the bouncing the ball on the side of his bat.

The left-handed batsman then nominated Rohit Sharma, Sachin Tendulkar and Harbhajan Singh to take the challenge.

Since then many cricketers have taken up the challenge and completed it successfully by adding their unique modification to the task.

With all cricket action on a halt because of coronavirus, cricketers are finding ways to keep their fans entertained.

Yuvraj caught up with former England batsman Kevin Pietersen and revealed that his email address still has the word 'pie chucker' in it.

Kevin Pietersen after getting out to Yuvraj a few times during an ODI series called the left-handed a pie chucker.

"My email address still has the word ''pie chucker'' in it, I laughed so much when you described me as a pie chucker for my bowling style. I made an email id and included the word pie chucker in that and it is my favourite email address. Sometimes, even my friends go like, hey how are you pie chucker," Yuvraj had said.

Rohit Sharma Harbhajan Singh Cricket
Get the latest Cricket news, check out the India cricket schedule, Cricket live score . Like us on Facebook or follow us on Twitter for more sports updates. You can also download the NDTV Cricket app for Android or iOS.