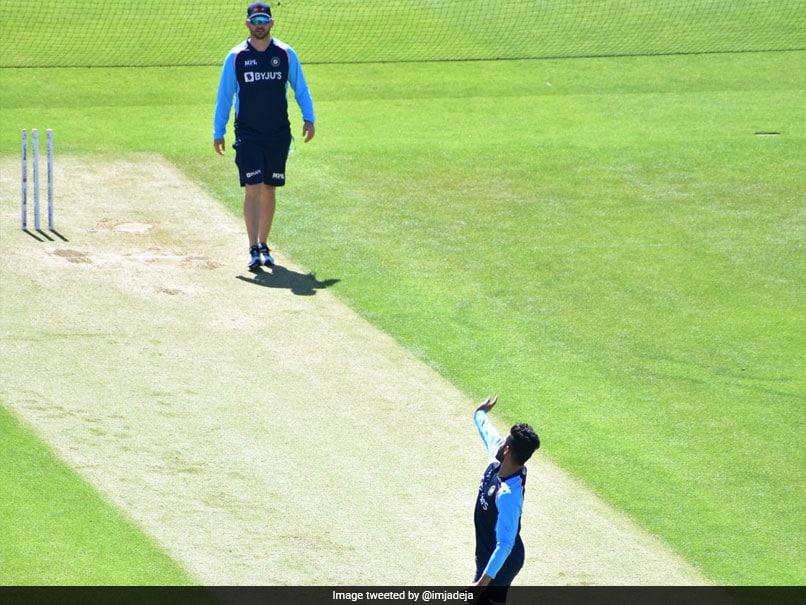 Ahead of the World Test Championship (WTC) final against New Zealand from June 18, Indian cricket team all-rounder Ravindra Jadeja shared pictures on Twitter from his training session at The Ageas Bowl in Southampton. Jadeja posted with a caption that read, "First outing in Southampton #feelthevibe #india." The Indian team arrived in England on June 3 carrying with themevidence of negative PCR tests after completing a 14-day quarantine in a bio-secure environment in Mumbai. After arriving, the players were kept in managed isolation, staying at the on-site hotel within the stadium complex.

In the pictures, Jadeja was seen doing some bowling practice.

Pacer Shardul also posted a picture on Instagram stories of him carrying a bag while entering the ground with a mask on.

New Zealand are already playing against hosts England in a two-match Test series. After the ongoing first Test at Lord's, the visitors will take on the hosts at Edgbaston in Birmingham from June 10.

According to the ICC, New Zealand will transition from the bio-secure environment of the ECB (England and Wales Cricket Board) to the WTC Final bubble on June 15.

After the WTC final, India are scheduled to play a five-Test series against hosts England beginning August 4.

The first Test will be played at Trent Bridge in Nottingham, followed by the second at Lord's on August 12.

Both teams will then travel to Leeds for the third Test at Headingley. The fourth and fifth Tests are scheduled at The Oval in London and Old Trafford in Manchester respectively.

Ravindra Jadeja Shardul Thakur Cricket
Get the latest updates on SA vs IND 2021-22, check out the Schedule and Live Score . Like us on Facebook or follow us on Twitter for more sports updates. You can also download the NDTV Cricket app for Android or iOS.