"Quarantine Still Not Over": Wriddhiman Saha Requests "Everyone" Not To Spread Misinformation

Wriddhiman Saha, who had tested positive for coronavirus earlier this month, took to Twitter on Friday to give an update on his health. 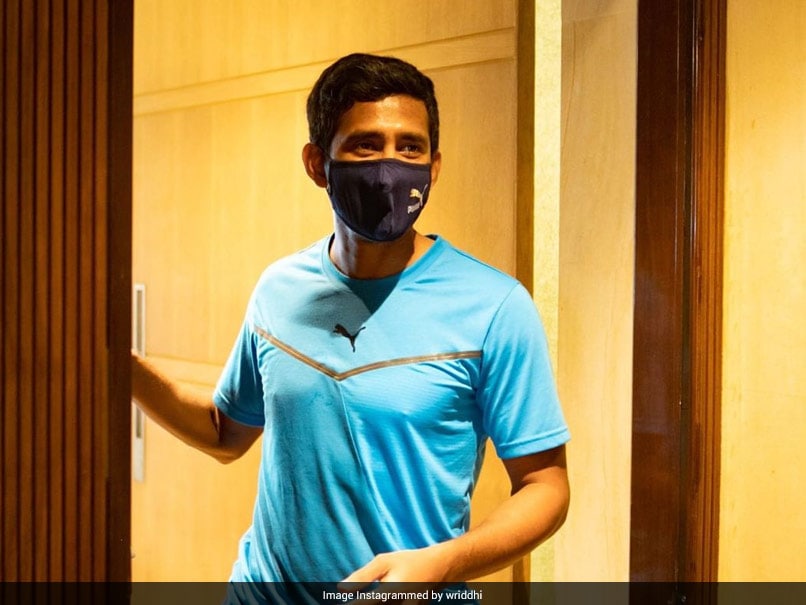 Wriddhiman Saha had tested positive for coronavirus ahead of SRH's IPL 2021 game vs MI.© Instagram

Wriddhiman Saha, who had tested positive for COVID-19 during the 14th edition of the Indian Premier League (IPL), took to Twitter on Friday to give an update on his health. Saha said that his quarantine period is still not over as one of his two routine Covid tests returned positive. The wicketkeeper-batsman, who was playing for SunRisers Hyderabad (SRH) in the now-postponed IPL 2021, mentioned that he is doing much better and requested everyone not spread any misinformation without knowing the whole context.

"My quarantine period is still not over. As a part of the routine check up, 2 tests were done, out of which 1 was negative and the other one came as positive. Otherwise, I am doing much better. Requesting everyone not to spread misleading stories/information without the whole context," Saha said in his statement on Twitter.

Saha was named in the India squad for the upcoming World Test Championship final against New Zealand and the subsequent five-match Test series against Englandin the UK.

However, while announcing the squad the Board of Control for Cricket in India (BCCI) mentioned that Saha and KL Rahul, who recently underwent a surgery, will be available only if they clear the fitness test.

Saha had initially tested positive on May 4 ahead of SRH's game against the defending champions Mumbai Indians. On the same day, Amit Mishra from Delhi Capitals also tested positive for coronavirus which forced the IPL Governing Council and the BCCI to unanimously postpone the T20 tournament with immediate effect.

Wriddhiman Saha Cricket
Get the latest updates on ICC T20 Worldcup 2022 and CWG 2022 check out the Schedule, Live Score and Medals Tally. Like us on Facebook or follow us on Twitter for more sports updates. You can also download the NDTV Cricket app for Android or iOS.