World Wildlife Day: Rohit Sharma Vows To Speak Up For Those Who "Don't Have A Voice" 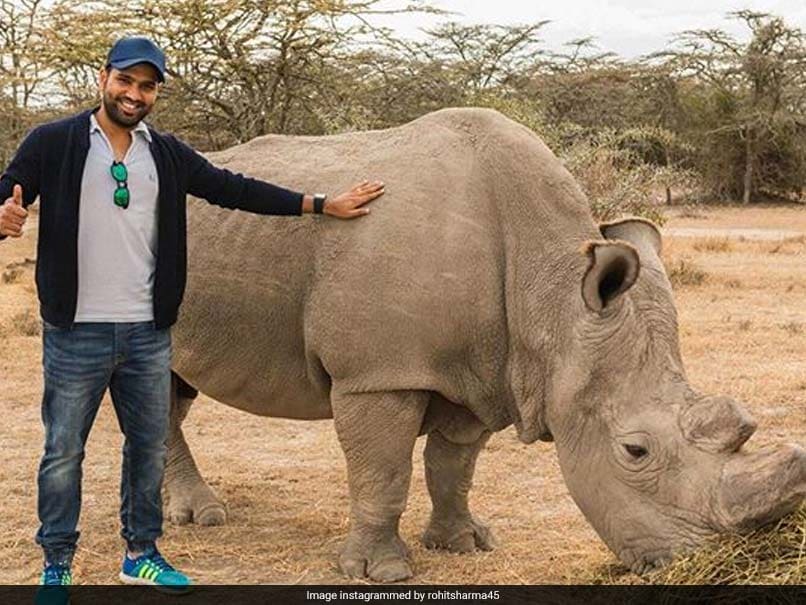 Rohit Sharma, a day after India's six-wicket win over Australia, expressed his concern for animals on World Wildlife Day, opining that people should speak up for them as they don't have a voice. "They were here on this planet much before we arrived, they have rights they just don't have a voice so it's up to us to speak up for them," Rohit Sharma said on Twitter on Sunday. World Wildlife Day is celebrated on March 3 to raise awareness about the world's fauna and flora.

They were here on this planet much before we arrived, they have rights they just don't have a voice so it's up to us to speak up for them #WorldWildlifeDay

The Indian opener scored 37 runs off 66 balls, including five boundaries, in India's victory at the Rajiv Gandhi International Stadium, Hyderabad, on Saturday.

India's number four batsman Ambati Rayudu failed to anchor the innings in the chase of 237 and lost his wicket for 13.

The hosts were 99/4 when MS Dhoni and Kedar Jadhav took the charge of the team's run-chase. The pair stitched an unbeaten partnership of 141 runs to help India surpass the target with 10 balls to spare.

MS Dhoni, not out on 59, turned the clock as he scored an imposing boundary to finish the game.

Kedar Jadhav was adjudged the player of the match for his unbeaten knock of 81.

Earlier, Mohammed Shami, Jasprit Bumrah and Kuldeep Yadav had claimed two wickets each as India restricted Australia to below-par total of 236 for seven.

Leading the five-match series 1-0, India will host Australia in the second ODI at the Vidarbha Cricket Association Stadium, Nagpur, on Tuesday.

MS Dhoni
Get the latest updates on IND vs NZ 2021, check out the Schedule and Live Score . Like us on Facebook or follow us on Twitter for more sports updates. You can also download the NDTV Cricket app for Android or iOS.