Shoaib Malik was asked by a journalist if he would be grooming the coach, since he is "senior" to Misbah-ul-Haq in the Pakistan cricket team. 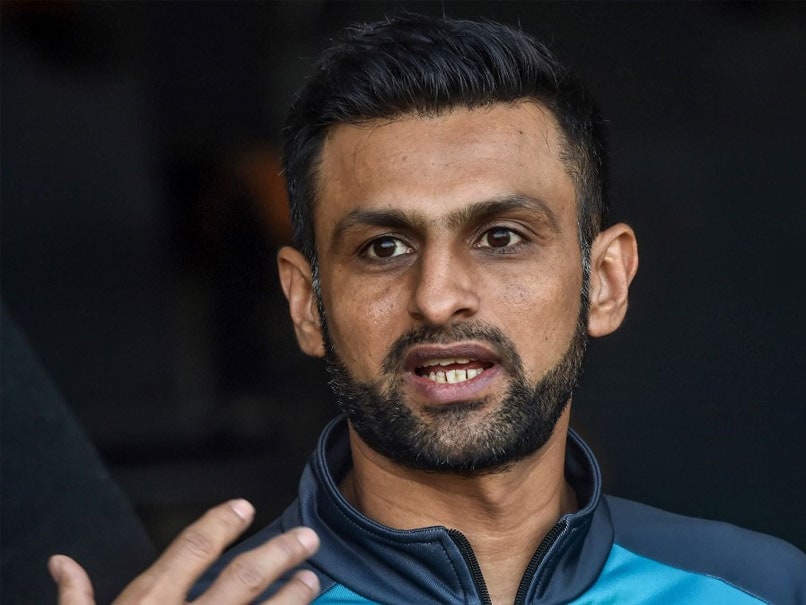 Shoaib Malik addressed the media after his match-winning knock in the first T20I vs Bangladesh.© AFP

Shoaib Malik is now a senior statesman in the Pakistan cricket team but is showing no signs of slowing down. The 37-year-old, however, has been in an out of the team in recent times. He last played an ODI in June 2019 while he was last seen in the whites of Pakistan way back in 2015. Playing his first T20I since February last year, Shoaib Malik made an immediate impact on his return with his unbeaten half-century helping Pakistan beat Bangladesh in the first Twenty20 International in Lahore on Friday. Not just on the field, but off it as well, the Pakistani veteran seems to be handling tough situations with aplomb.

In the post-match press conference, Shoaib Malik was put on the spot by a journalist, who asked him if he would be grooming Pakistan's coach Misbah-ul-Haq.

"Shoaib, you spoke about grooming youngsters in the team, which is a responsibility of a senior player. So, you are even more senior than your coach (Misbah-ul-Haq), will you groom him as well?" asked a reporter.

"We go after people very quickly. We want overnight results, which doesn't happen. We need to show some patience and if someone has got a chance then we must wait a little. I understand, you guys want some masala, everyone wants masala but we need to think about the country as well sometimes," said the former Pakistan captain.

Here is a video of Shoaib Malik's brilliant response to the journalist:

On Friday, Shoaib Malik's 45-ball 58 not out for his eighth T20I half-century as Pakistan overhauled a modest 142-run target in 19.3 over to take a 1-0 lead in the three-match series.

Misbah-ul-Haq Pakistan vs Bangladesh, 1st T20I Cricket
Get the latest updates on ICC T20 Worldcup 2022, check out the Schedule and Live Score. Like us on Facebook or follow us on Twitter for more sports updates. You can also download the NDTV Cricket app for Android or iOS.