Sachin Tendulkar and Courtney Walsh will be coaching the two teams that will play the Bushfire Cricket Bash. 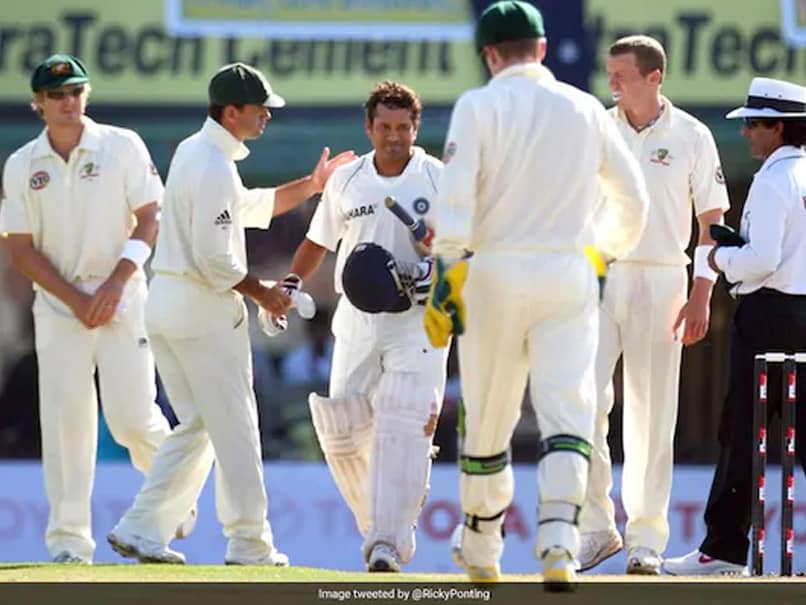 Sachin Tendulkar will be coaching Ricky Ponting XI in a charity match on February 8.© Twitter

Sachin Tendulkar was on Tuesday named coach of Ricky Ponting XI which will face Shane Warne XI in a charity match -- named Bushfire Cricket Bash -- to raise funds for bushfire relief in Australia. Soon after Tendulkar's appointment, Ponting took to Twitter to congratulate the Indian batting maestro for "giving up time for the cause" and more importantly picking "the right team to coach". With his tweet Ponting aimed at dig at his counterpart Shane Warne, who he will be up against on February 8. A day after his appointment, Tendulkar replied to Ponting's tweet and wrote: "Chose the right team and more importantly the right cause my friend. Hope that the Bushfire Cricket Bash will offer some relief to the people and wildlife in Australia".

Chose the right team and more importantly the right cause my friend.
Hope that the Bushfire Cricket Bash will offer some relief to the people and wildlife in Australia. https://t.co/dx4EnHPNvN

The charity match, which aims to raise funds to aid the relief work after the bushfire disaster, will be played as a curtain-raiser for the Big Bash League final.

Apart from them, Steve Waugh and current Australian coach Justin Langer will also have non-playing roles.

"We are absolutely honoured to be welcoming Sachin and Courtney back to Australia where they both enjoyed a lot of success as players, and we can't wait to have them involved," Cricket Australia chief Kevin Roberts was quoted as saying by AFP.

Earlier this month, Warne's "baggy green" cap, awarded to Test players on their debut, sold at auction for more than 1 million Australian dollars (nearly USD 700,000) with all funds aiding victims.

Sachin Tendulkar Ricky Ponting Shane Warne Cricket
Get the latest updates on IPL 2021, IPL Points Table , IPL Schedule 2021 , live score . Like us on Facebook or follow us on Twitter for more sports updates. You can also download the NDTV Cricket app for Android or iOS.