Sri Lanka is to deploy game wardens to stop wild elephants straying onto the pitch when Hambantota hosts Zimbabwe for three ODI matches. 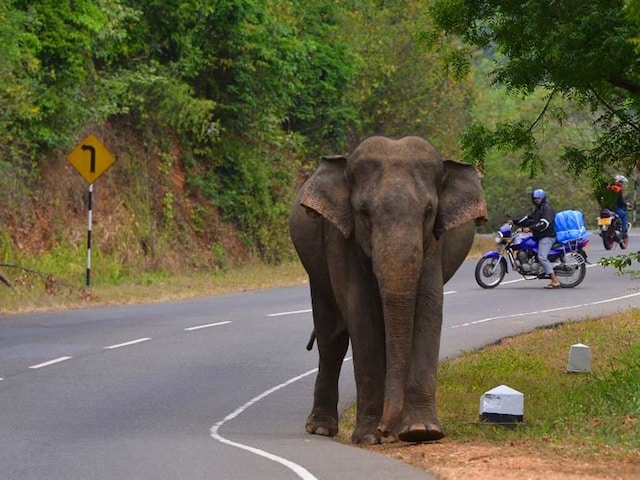 Sri Lanka is to deploy game wardens to stop wild elephants straying onto the pitch when the country hosts Zimbabwe for a series of one-day internationals at the Hambantota stadium. Experts will be on hand for all three ODI games at the 35,000-capacity stadium, which is next to an elephant sanctuary, a wildlife official told AFP on Monday. The stadium was built in 2009 under former president Mahinda Rajapakse, who was from Hambantota, but has hosted only a handful of matches because of its remote location and high maintenance costs. "There had been a few instances when elephants broke through the fence and invaded the pitch at night," said the official, who asked not to be named.

"A jungle patch starts about 100 metres from the stadium and we are deploying 10 wardens to make sure that fans don't stray into that area and provoke the elephants," he told AFP by telephone from Hambantota.

He said there was a herd of about 25 elephants roaming the area, 240 kilometres (150 miles) south of Colombo, posing a potential threat to fans.

It is not the first time wildlife has disrupted games at Hambantota -- swarms of wasps that have taken up residence there have also caused problems.

The games will decide the series winner after the two sides notched a victory each in the first two games played at Galle.

Comments
Topics mentioned in this article
Sri Lanka Cricket Team Zimbabwe Cricket Team Mahinda Rajapaksa International Cricket Stadium, Hambantota Cricket
Get the latest Cricket news, check out the India cricket schedule, Cricket live score . Like us on Facebook or follow us on Twitter for more sports updates. You can also download the NDTV Cricket app for Android or iOS.