Yuvraj Singh's 134-ball knock of 132 against Sachin Tendulkar's Marylebone Cricket Club boosted Rest of the World XI from a precarious 68/5 to a more than respectable 293/7. 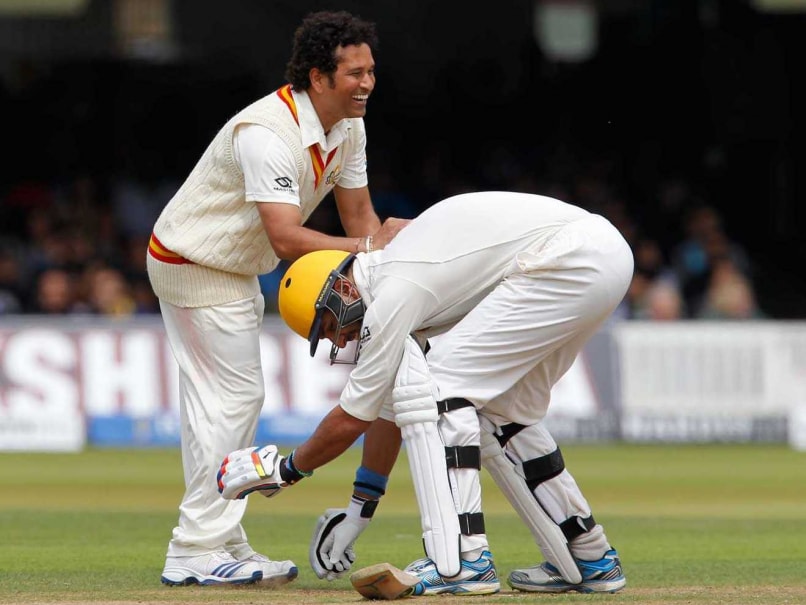 Cricket at Lord's got a touch of Indian tradition on Friday. Yuvraj Singh - batting for Rest of the World (ROW) - smashed a blitzkrieg 132 runs against Marylebone Cricket Club (MCC) under Sachin Tendulkar's captaincy. During the course of his innings, the left-hander ran up to the Master Blaster, bowed down and touched his feet.

Yuvraj's innings of 132 was crucial in ROW's total of 293 in a match that MCC won eventually by seven wickets. The highlight of the match though was Yuvraj's mark of respect for his former Team India senior after he completed the 41st over of the match. And as Yuvraj touched Tendulkar's feet - an Indian custom to seek blessings from elders, the veteran cricketer revealed his surprise through his trademark and humble smile. Tendulkar then gave a jolly pat on Yuvraj's back and walked away as spectators raised the volume of cheer by several notches.

Both Yuvraj and Tendulkar have been close teammates and have led India to epic triumphs including the 2011 World Cup - the two shedding tears while hugging each other after beating Sri Lanka being a defining image for fans. (Pics of India's World Cup 2011 triumph) 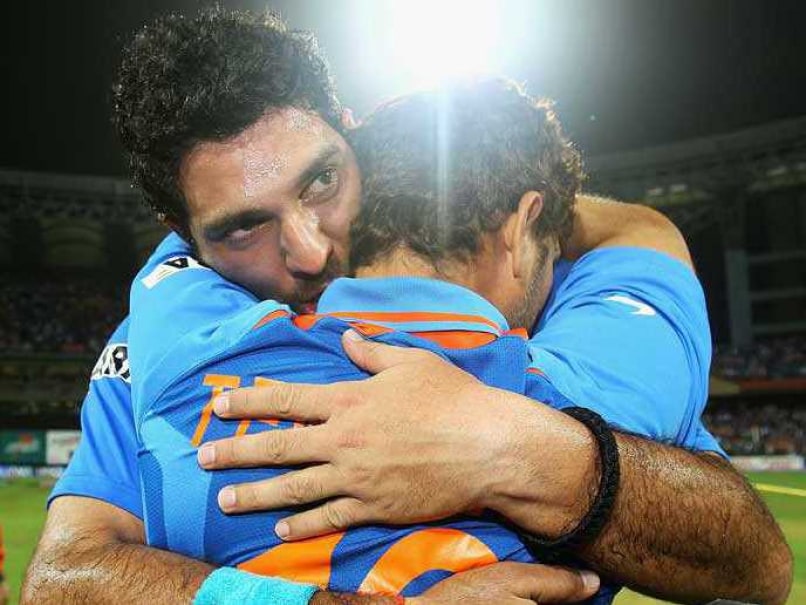 An emotional Yuvraj Singh and Sachin Tendulkar hug after India won the 2011 edition of the World Cup. (File photo)

While Yuvraj has repeatedly said in the past that Tendulkar has been his idol, the legendary cricketer has backed the Punjab player each time he has been questioned by critics. In fact, Tendulkar had recently said that he feels Yuvraj has a crucial part to play in India's 2015 World Cup campaign. (Read more here)

Friday's gesture in London though goes to show that regardless of what the future holds, Yuvraj - like millions of others - will continue to 'worship' the God of cricket.

Comments
Topics mentioned in this article
Yuvraj Singh Sachin Ramesh Tendulkar Cricket
Get the latest updates on ICC Women's Cricket World Cup 2022 and IPL 2022, check out the Schedule , Live Score and IPL Points Table. Like us on Facebook or follow us on Twitter for more sports updates. You can also download the NDTV Cricket app for Android or iOS.