Chris Gayle, all of 41, pulled off a cartwheel celebration after dismissing South Africa's Reeza Hendricks in the fourth T20I between the West Indies and South Africa. 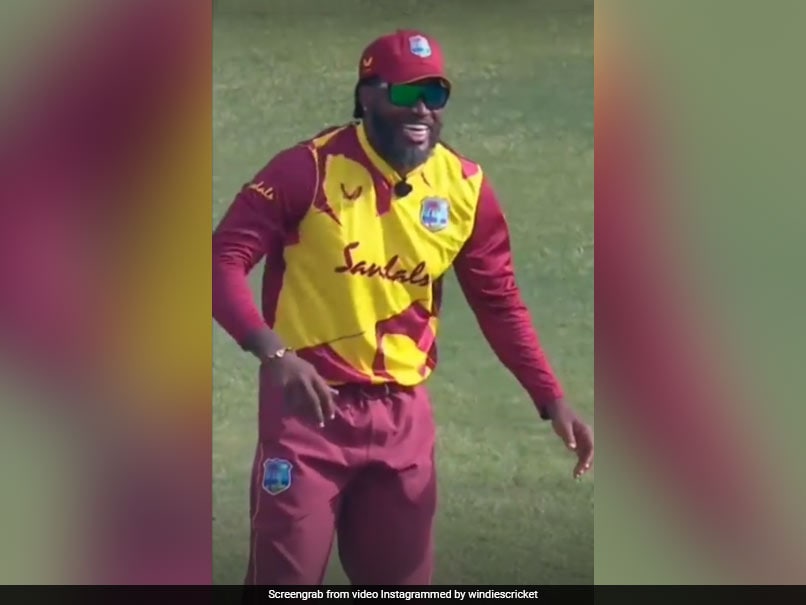 Chris Gayle, 41, once again proved why he is called one of the biggest entertainers in the history of cricket as he pulled off a cartwheel celebration after dismissing South Africa's Reeza Hendricks during a Twenty20 International (T20I) match on Thursday. The West Indies cricket board shared Gayle's celebration video on Instagram while tagging his fellow teammate Kevin Sinclair, who is known for his cartwheel celebrations on the field. "New celebration unlocked @kevinsinclair404 you've been challenged," the video was captioned.

In the match, Gayle could only muster five runs after the West Indies were sent in to bat by South Africa in the fourth T20I of the five-match series.

A quickfire half-century towards the back-end of the innings by their skipper Kieron Pollard saw the hosts post a competitive total of 167 for six from their quota of 20 overs.

In reply, South Africa lost the wicket of Hendricks in the second over as Gayle got him out stumped. Quinton de Kock scored a fighting half-century but the visitors kept losing wickets at regular intervals.

The visitors eventually fell 21 runs short of the target and with the win, the West Indies managed to take the five-match into a decider. The fifth and final T20I will be played on Saturday.

Chris Gayle
Get the latest updates on ICC T20 Worldcup 2022 and CWG 2022 check out the Schedule, Live Score and Medals Tally. Like us on Facebook or follow us on Twitter for more sports updates. You can also download the NDTV Cricket app for Android or iOS.