West Indies vs India: Smriti Mandhana took two innings less than Virat Kohli to get to 2000 runs in ODI cricket, with only one other cricketer ahead of her in this race. 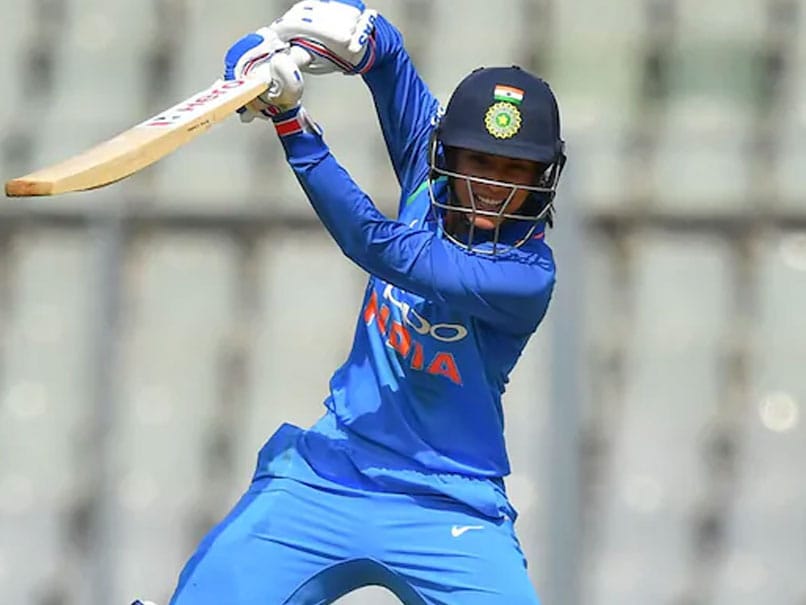 The Indian women's team came from behind to clinch the three-match One-day International (ODI) series against the West Indies 2-1. India won the series after they beat the West Indies by six wickets in the third and the final ODI at Sir Vivian Richards Stadium, North Sound, Antigua on Wednesday. Chasing 195 to win, opener Smriti Mandhana starred with the bat as she scored 73 runs off 63 balls. Smriti Mandhana's special knock not only helped India win the series but also got her across a special milestone in ODI cricket as she became the second fastest Indian player and the fastest Indian woman, to complete 2000 runs in the 50-over cricket. Smriti Mandhana reached the milestone in her 51st inning, taking two innings less than Virat Kohliwho had achieved the same feat in 53 innings. Shikhar Dhawan is the only India player who has reached the milestone faster than Mandhana. Dhawan got to this feat in just 48 innings.

Among female players, Mandhana holds the third spot behind two Australians Belinda Clark and Meg Lanning. Former Australia player Clark is the fastest woman to reach the 2000 ODI runs in just 41 innings, following her is Lanning who achieved the milestone in 45 innings.

Former South Africa opener Hashim Amla is the fastest player in the world to complete 2000 runs in 50-over cricket as he did so in just 40 innings.

In the match, Mandhana and her fellow opener Jemimah Rodriguesnotched a 141-run partnership for the opening wicket.

Rodrigues scored 69 runs off 92 balls with the help of six boundaries, while Mandhana's knock was studded with a total of twelve boundaries, including three hits over the fence.

The big partnership for the first wicket ensured India cruise to the target rather easily, with around eight overs left.

The Indian team led by Mithali Raj had lost the first ODI as they fell agonisingly short by just one run.

However, they bounced back strongly to register a 53-run victory in the second match, thus levelling the series 1-1.

Virat Kohli
Get the latest updates on ICC T20 Worldcup 2022, check out the Schedule and Live Score. Like us on Facebook or follow us on Twitter for more sports updates. You can also download the NDTV Cricket app for Android or iOS.