Despite the win, Lahore occupy the last position on the PSL table with six points from nine matches. Quetta on the other hand are second with 10 points from 9 matches. 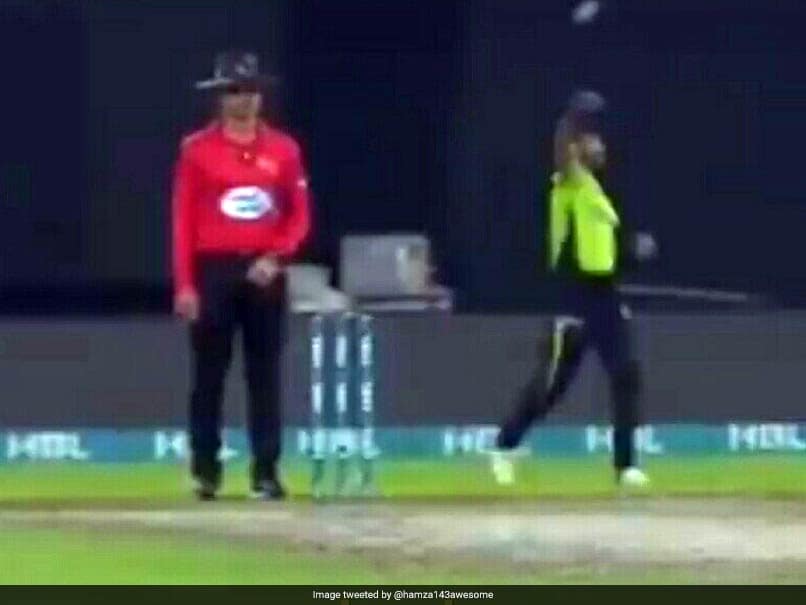 Sohail Khan threw the ball at Yasir Shah in an attempt to get his attention on the boundary.© Twitter

The third edition of the Pakistan Super League (PSL) has not just witnessed great cricketing action but plenty of drama on the field. The latest installment of which was witnessed in Wednesday's clash between Quetta Gladiators and Lahore Qalandars. Towards the end of the match as Lahore were heading for a win, a bizarre incident played out on the field. Sohail Khan, who had been struggling to get the attention of Yasir Shah on the boundary, lost his cool and threw the ball at him. The ball missed the leg-spinner's head, but he was left fuming. An angry Yasir picked up the ball and threw it back in the bowler's direction. Former New Zealand captain Brandon McCullum had to play peacemaker to calm down the tempers.

Sohail Khan decides if the fielder Yasir Shah won't stand where he wants him to he will just throw the ball at him #PSL2018 #LQvQG pic.twitter.com/8G6C4k5JH1

Quetta Gladiators batsman Kevin Pietersen described it as the 'funniest moment' of his cricket career.

I think I witnessed the funniest moment of my cricket career tonight, when the bowler couldn't get the attention of his boundary rider & threw the ball at him on the boundary...

Reactions from the cricketing community were similar as well.

First time I've ever seen that:
The bowler Sohail Khan has thrown the ball in anger at his team mate Yasir Shah who was fielding on the boundary
Yasir Shah then threw the ball back in anger at Sohail Khan
Both shouted at each other with McCullum having to calm them down#PSL2018

A minor brawl on the field between teammates. Sohail Khan threw the ball at Yasir Shah in bid to get the attention. Both didn't shake hands after the match. Lahore Qalandars continue to entertain. #PSL

However, Yasir Shah and Sohail Khan ended up on the winning side as Lahore beat Quetta by 17 runs in Match 26.

In reply, Quetta could only manage 169/6 in their 20 overs. Spin duo of Sunil Narine and Yasir Shah, who picked up two wickets each, were too hot to handle for Quetta. Rilee Rossouw (42) and Jason Roy (36) were the only significant contributor's to Quetta's cause.

Despite the win, Lahore occupy the last position on the PSL table with six points from nine matches. Quetta on the other hand are second with 10 points from 9 matches.

Comments
Topics mentioned in this article
Pakistan Cricket Team Sohail Khan Yasir Shah Cricket
Get the latest updates on ICC T20 Worldcup 2022, check out the Schedule and Live Score. Like us on Facebook or follow us on Twitter for more sports updates. You can also download the NDTV Cricket app for Android or iOS.