Shahid Afridi's scintillating 40-ball 81 powered his side Brampton Wolves past Edmonton Royals by 27 runs in the Global T20 Canada match. 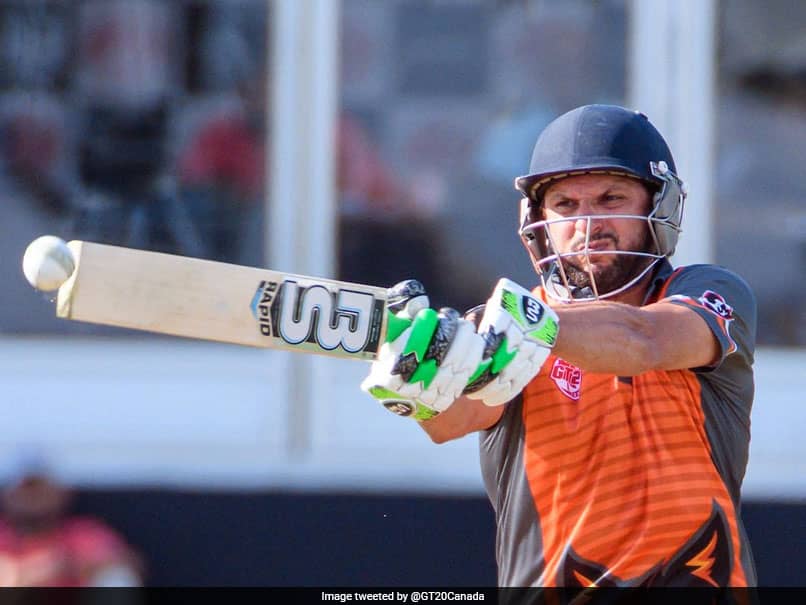 Shahid Afridi was at his very best in a match against Edmonton Royals in the Global T20 Canada match.© Twitter

The official Twitter handle of Global T20 Canada League shared a video showing Shahid Afridi hitting the white ball all around the park in his typical style.

Watch @SAfridiOfficial hitting the ball out of the stadium with so much ease. Exciting atmosphere in the stadium..BOOM! #GT2019 #BWvsER pic.twitter.com/zxYersLyAz

Not only with the bat, Shahid Afridi also shone with the ball as he claimed the wicket of compatriot Mohammad Hafeez.

Thanks to Afridi's breezy knock and Lendl Simmons 34-ball 59, Brampton Wolves posted a 207-run total on the board in 20 overs. For Edmonton Royals, Shadab Khan was the leading wicket-taker with three wickets. Ben Cutting also dismissed two Brampton Wolves batsmen.

Shahid Afridi was named Man of the Match.