The Pathan brothers were in fine fettle although their side went down to Madhya Pradesh. 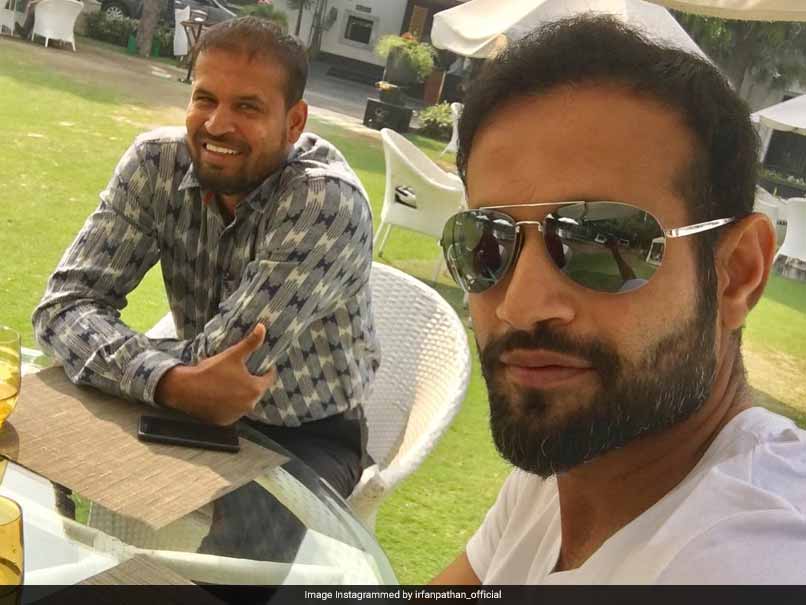 Baroda were in deep trouble in the opening Ranji Trophy encounter with Madhya Pradesh. After conceding a big first innings score in Indore, Baroda lost their top-order for not too many and were in danger of following-on before the Pathan brothers got together and stitched together 188-run fifth-wicket stand that gave the visitors a mild hope of coming back into the match. But they were bowled out for 302 as Yusuf Pathan remained the top scorer with his brilliant 111 off 125 balls. Irfan Pathan gave him good support as he looked good before getting dismissed on 80. With an innings defeat looming large on the visitors' head, Yusuf took matters into his own hands in the second innings as well and scored another unbeaten century that forced the hosts to bat again.

Irfan took to Twitter and uploaded a video on Wednesday, that showed how his brother Yusuf reaching the landmark with a big hit that was followed by an animated celebration where Irfan was seen leaving his bat at the non-striker's end, slowly walking down to Yusuf and then giving him a tight hug.

Back to back 100 in a game.outstanding batting Lala @iamyusufpathan I wish the game was live on tv every cricket lover would have enjoyed it pic.twitter.com/73rzdbHVpC

Irfan clapped repeatedly to celebrate his brother's century but unfortunately, it was not good enough to save the match for Baroda.

Madhya Pradesh were given a target of 70 to chase and the hosts won the match by eight wickets but not before Yusuf giving them a scare of taking the match away from them.

Irfan is the captain of Baroda in the current season.

Comments
Topics mentioned in this article
Yusuf Pathan Irfan Pathan Cricket
Get the latest updates on IPL 2021, check out the IPL 2021 Schedule and Indian Premier League Live Score . Like us on Facebook or follow us on Twitter for more sports updates. You can also download the NDTV Cricket app for Android or iOS.