Pakistan vs Australia: Away from all the cricketing preparations, a group of Australian players decided to play some tennis in the free time they got before the start of the match. 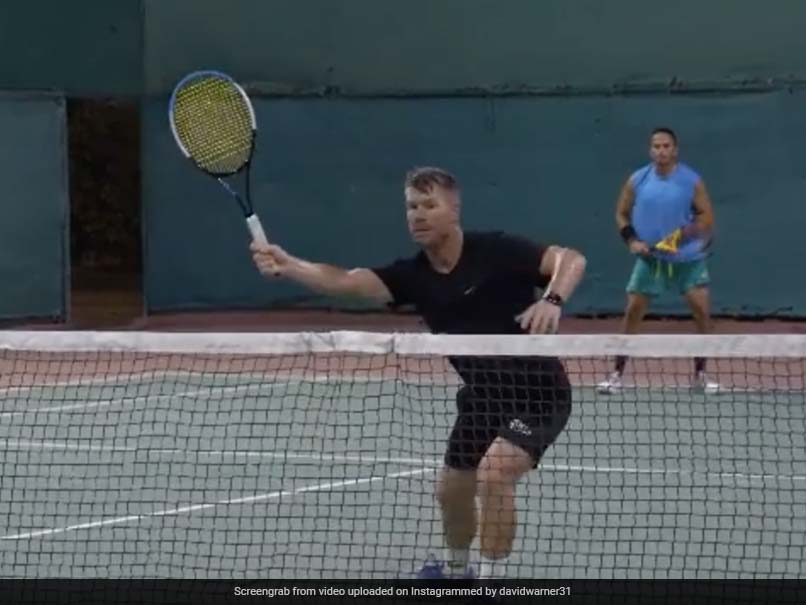 Australia will take on Pakistan in the second Test match from Saturday in Karachi and both teams will look to break the deadlock in the series after the first match at Rawalpindi ended in a tame draw. Australia will depend on its bowling attack to find a way to get past the Pakistani batters. The hosts on the other hand would want to negate the threat of the Australian pace attack, but another dead pitch will make for poor advertisement for Test cricket and that must be playing on the mind of the Pakistan board.

Away from all the cricketing preparations, a group of Australian players decided to play some tennis in the free time they got before the start of the match.

Opening batters David Warner and Usman Khawaja teamed up in a doubles contest against Steve Smith and Marnus Labuschagne. The video was uploaded by Warner with the caption. "What do we do in our spare time!! We play a little bit of tennis, well I do, but these other three play a lot and are very good."

The Australian batters were able to respond to Pakistan's big first innings score in Rawalpindi by scoring in excess of 400 themselves but none of the batters managed to score a century. This could backfire for the tourists in the upcoming matches and the likes of Warner, Smith, Labuschagne and Khawaja would want to carry on and get big scores under their belt in the two remaining matches.

David Warner Marnus Labuschagne Cricket
Get the latest updates on Fifa Worldcup 2022 and check out  Fifa World Cup Schedule, Stats and Live Cricket Score. Like us on Facebook or follow us on Twitter for more sports updates. You can also download the NDTV Cricket app for Android or iOS.