The likes of Shaun Marsh and Marcus Stoinis were hit on the helmet and their body as play on Day 1 in the Sheffield Shield match at the MCG had to be abandoned. 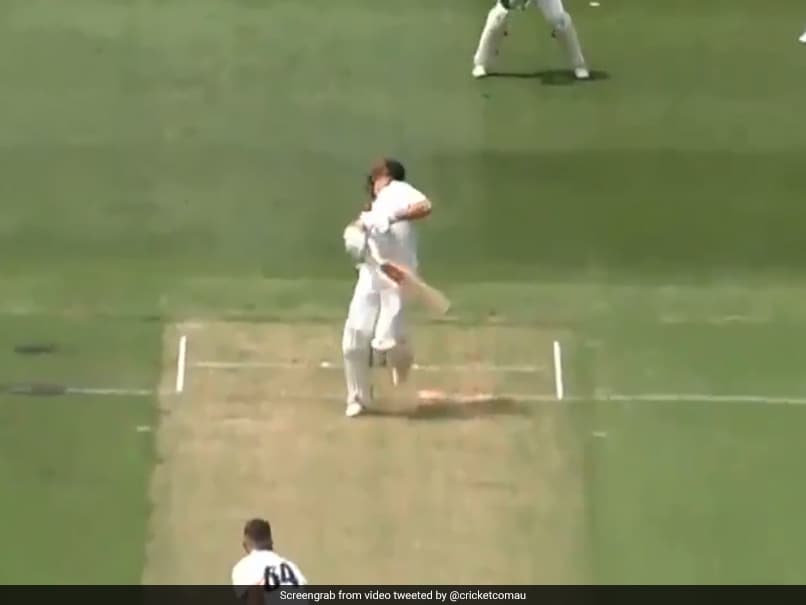 Shaun Marsh was hit on the helmet as the MCG pitch caused havoc for the batsmen.© AFP

The Sheffield Shield clash between Victoria and Western Australia had to be suspended on Saturday after the likes of Shaun Marsh and Marcus Stoinis took some hard blows to the body with the Melbourne Cricket Ground (MCG) taking "variable bounce". Day 1 of the match had to be abandoned and it remains to be seen whether the pitch will be safe for play to resume on the second day. The situation will be a major worry for Cricket Australia with the MCG set to host the Boxing Day Test between Australia and New Zealand, starting December 26.

The first day's play at the MCG was abandoned after a series of deliveries reared up at WA's batsmen. More: https://t.co/XHdEA1N9rS#SheffieldShield pic.twitter.com/4cvTv49LCP

The umpires, Peter Handscomb and Shaun Marsh, captains of their respective teams, held a lengthy conversation on the field, following which the decision was made to call off the day's play.

Shaun Marsh was himself hit on the body multiple times as balls rose sharply from good-length areas.

The final straw for the players and umpires came when Marcus Stoinis was took a painful blow in the ribs from a Andrew Fekete delivery.

Cricket Australia said it would work closely with MCG staff to ensure the best possible track is prepared for Boxing Day.

"We're very disappointed at today's play being abandoned," said CA's head of cricket operations Peter Roach, while noting that two previous Shield matches had been played at the MCG this season without incident.

"MCG groundstaff have more than two weeks to ensure the Test surface, which is a different pitch strip to the one being used in this match, is of international standard.

"We will seek to better understand the issues that resulted in variable bounce at the MCG on Saturday."

"The safety of our players is always our highest priority," Roach said. "The decision to suspend play and roll the wicket in an effort to address the variable bounce was the correct one and I applaud umpires Gillespie and Joshua for the decisive action taken."

Marcus Stoinis Peter Siddle Cricket
Get the latest updates on T20 World Cup, check out the T20 World Cup Schedule and Live Score . Like us on Facebook or follow us on Twitter for more sports updates. You can also download the NDTV Cricket app for Android or iOS.