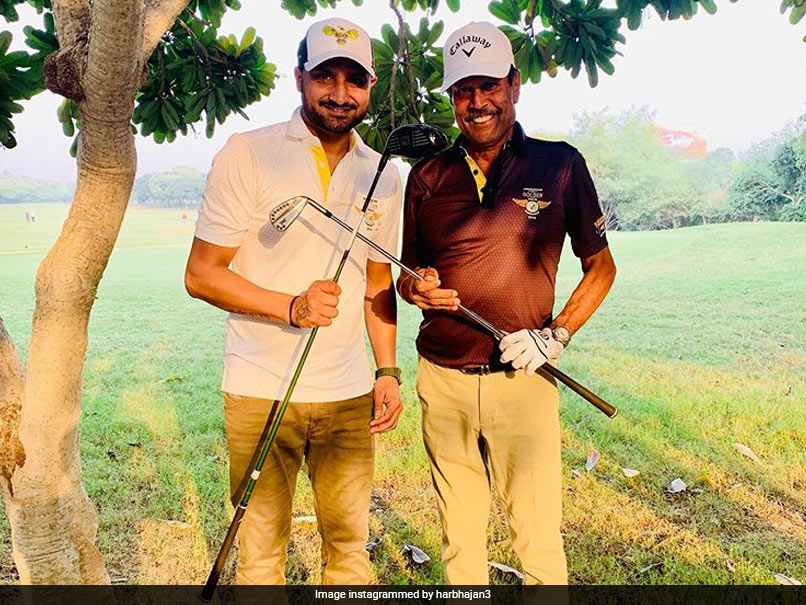 Harbhajan Singh, India's most successful off-spinner, showcased his skills as a golfer by posting pictures with former India captain Kapil Dev on Friday. "Thanks Kapil Paji couldn't play cricket with you but glad I played golf with you today..Enjoyed myself," Harbhajan Singh wrote on his Instagram post. Soon after, India captain, Virat Kohli posted a hilarious comment in Punjabi on the off-spinner's post. "In the last picture, you must have swung the golf stick blindly," Kohli said. Yuvraj Singh, who retired from international cricket, also chipped-in and left a funny comment on Harbhajan's post. 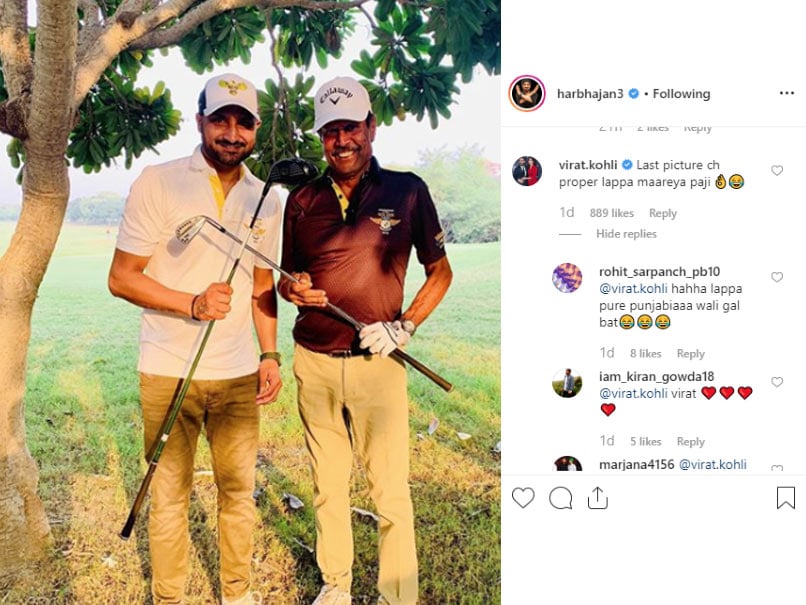 Harbhajan Singh and Yuvraj Singh were in news recently as the duo questioned the Board of Control for Cricket in India's (BCCI) decision to not have a reserve day for the knockouts of the recently-concluded Vijay Hazare Trophy.

"Again an unfortunate result for Punjab against TN  in the Vijay Hazare tournament, again Punjab cruising and game abandoned due to bad weather,  and on points we don't go to semis ! Why don't we have a reserve day ? Or is it domestic tournament it doesn't really matter ? @BCCI," Yuvraj Singh tweeted on Tuesday.

"Sick rule why not reserve day for these tournaments @BCCI must look into this and change it," Harbhajan also questioned the Indian cricket board on Twitter.

Harbhajan and Yuvraj expressed their disappointment after Punjab were knocked out of the tournament after their match against Tamil Nadu ended in a no result due to rain in Bengaluru.