Dilip Vengsarkar said he always knew that Virat Kohli was "exceptional" when he first saw the Indian captain in age-group cricket. 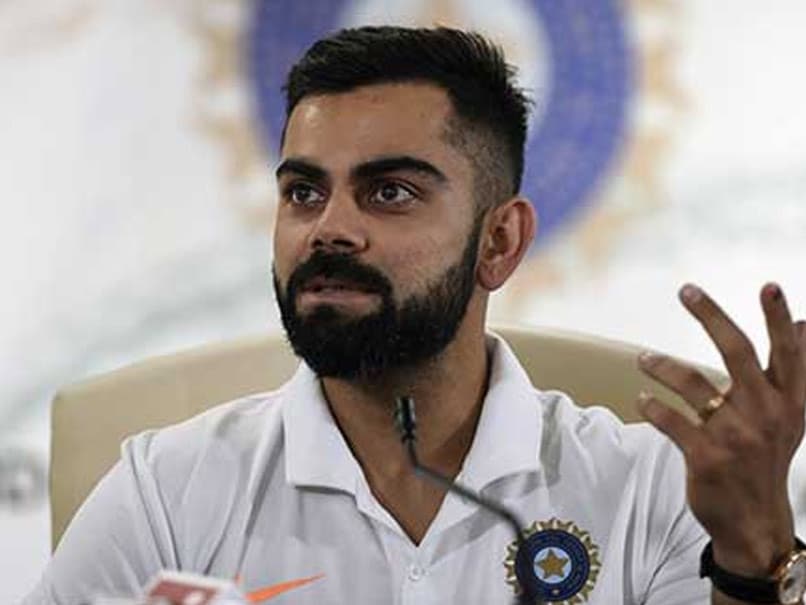 He remains India's best chairman of selectors by a distance for his sheer ability to spot talent and Dilip Vengsarkar always knew that Virat Kohli was "exceptional" when he first saw the Indian captain in age-group cricket. The former skipper's tenure as chairman of the national selection committee between 2006-08 is often cited as a benchmark for all those who came after him as he backed a very raw Kohli and promoted Mahendra Singh Dhoni to captaincy. "Selecting talent was my forte. I will tell you something. You might be good at spotting talent but what you do after spotting is very important. If someone is talented, you have to induct him and give him chances," Vengsarkar, who turned 64 on Monday, told PTI in an exclusive interview.

Vengsarkar believes that he was able to do justice to the chairman's post because of the time he spent as head of BCCI's now-defunct Talent Research Development Wing (TRDW) which found the gem called Dhoni. When talking about Kohli, one could sense the pride in his voice as he was the one who picked the feisty batsman after an Emerging India team's tour of Australia where the current captain was even ready to open the innings on the chairman's call. The 'Colonel' liked his attitude.

"I have watched a lot of U-16 and U-19s as TRDW chairman and watched Virat a lot during his junior cricket days. So when I became chairman of the selection committee, we picked him for an Emerging Tour of Australia. I was there and when I saw him bat, I knew he is ready for big-time cricket," Vengsarkar recalled.

So was he convinced that this is the guy who would play 15 years for India? Vengsarkar gave a different reply.

"You can never be sure whether someone will go on to play that long. What I saw was an exceptional talent and if you have an eye, you would know which players are more likely to succeed at the highest level.

"You need to have something extra. Virat had that," the former India captain said.

"...every selector must have courage and conviction along with eye for talent. If you are convinced about someone, you have to back him to the hilt. That's what good selectors do," he said. Was there any pressure on him to not select Kohli, whose attitude then was questioned in all quarters?

"I don't think anybody pressurised me. I was convinced that I had picked a guy who had exceptional talent at that point of time. I knew he was a tremendous player who needed backing."

There is a funny story how Mahendra Singh Dhoni, who was 21 at that time, was inducted into the TRDW scheme despite the policy of having only U-19 players. It was on the insistence of former Bengal captain Prakash Poddar, who had gone to watch an U-19 match in Jamshedpur as part of Vengsarkar's TRDW team.

The match was being held at a ground adjacent to the Keenan Stadium where Bihar (not Jharkhand) were playing a Ranji One Day game. A few balls flew into the playing arena outside the stadium which made Poddar curious and he went inquiring as to who was hitting it this far.

The name was MS Dhoni but he had already passed the qualifying age for TRDW. But Vengsarkar, on Poddar's insistence, decided that rules shouldn't come in the way of a talented player.

He has immense respect for the late Jagmohan Dalmiya, who started the TRDW scheme which became defunct after he lost the elections.

"Once Mr Dalmiya lost elections, they discontinued the TRDW thing. Extremely unfortunate as players who were spotted and sent to NCA became big stars.

"In fact, the players I selected then gave me an idea of bench strength when I became head of selection committee. That's how useful TRDW was."

Talk about NCA and Vengsarkar is not happy that from a Centre of Excellence, it has turned into a rehab facility for injured players.

"NCA at that point of time was doing well, now it has become a rehab centre. I loved my time as chairman of NCA because Mr Dalmiya gave me a free hand," he said.

"All those players whom I spotted there grew in stature. That gives me immense pride and a sense of satisfaction."

Virat Kohli Dilip Balwant Vengsarkar Cricket
Get the latest updates on ICC Women's Cricket World Cup 2022 and IPL 2022, check out the Schedule , Live Score and IPL Points Table. Like us on Facebook or follow us on Twitter for more sports updates. You can also download the NDTV Cricket app for Android or iOS.