"Just three seconds" is all what it took Sourav Ganguly to convince India captain Virat Kohli into playing a Day/Night Test match against Bangladesh, the BCCI president revealed. 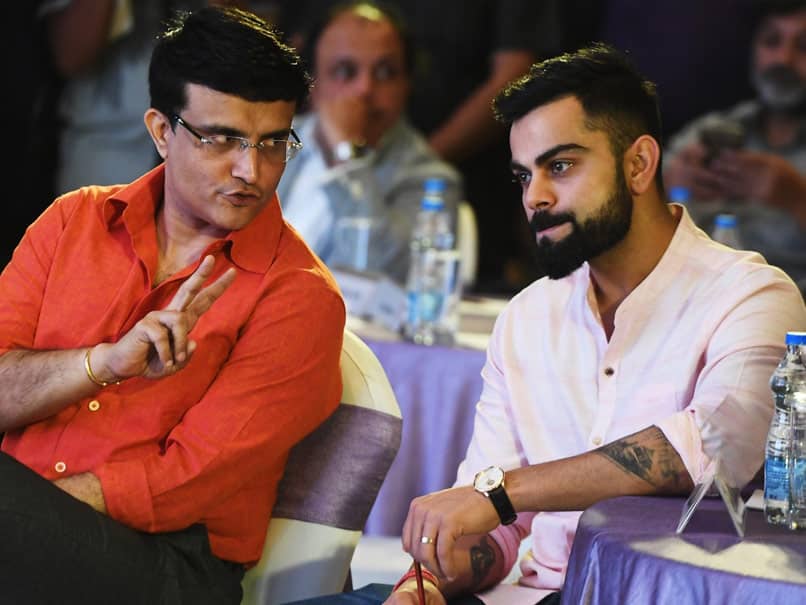 "Just three seconds" is all what it took Sourav Ganguly to convince India captain Virat Kohli into playing a Day/Night Test match against Bangladesh, the BCCI president revealed on Saturday. Less than a week after he took reins of BCCI, Ganguly, who had introduced pink ball at domestic level as the technical committee chairman three years ago, was successful in changing the Indian Cricket Board's stance. India thus will finally play their first ever day/night Test versus Bangladesh at Eden Gardens here from November 22-26, about four years after Australia and New Zealand set it going in Adelaide.

"Honestly I don't know why and what was the reason they did not want to play and accept the D/N Test (in Adelaide). I met him for an hour and the first question was we need to have day/night Tests and the answer in three seconds was let's go ahead and do that," Ganguly said about meeting Kohli ahead of the selection committee meeting in Mumbai on October 24.

The Indian team had previously put down Australia's request for a pink-ball Test at the Adelaide Oval last year, while suggestion to host West Indies in day/night Tests too had got shelved.

"I really don't know what happened in the past and what was the reason but I found him absolutely acceptable to play D/N Tests. He realises and thinks that empty stands in Tests is not the right way forward."

Ganguly firmly believed that this concept will help Test cricket regain its popularity in the sub-continent at a time when lukewarm response during India's 3-0 whitewash of South Africa became a cause for concern.

"Now people's lives have changed, you cannot leave offices so that's when you have to make adaptability. That's important. Most number of times change is good. A lot of time, we hold on to things thinking what you believe is right," Ganguly said.

Urging the need for better marketing, he said: "It's when you're forced to come out of your comfort zone, you actually find out it's better than what you think. I think pink ball will bring back crowd and the Test cricket needs to be marketed a lot more."

Ganguly further recalled the epic 2001 Eden Test when India bounced back to defeat Australia by 171 runs. "My 100th Test was a Boxing Day Test at MCG. You really got fortunate to get in that position in your Test career. There were close to 70,000 people in the stands in Test match on day one. You should see the Ashes also."